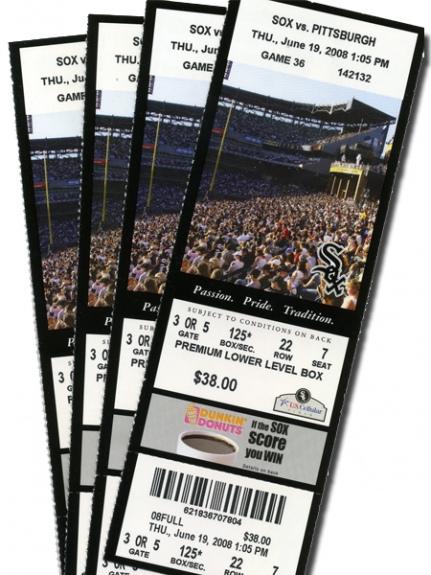 Susan and I are taking our youngest nephew to see the Pittsburgh Pirates play the Chicago White Sox at U.S. Cellular Field this afternoon. Apparently, the White Sox have decided to unload on the poor Pirates the last few nights, 16-5 and 8-2. Since the Pirates are in the National League Central, this is one of the rare instances when I need to see a White Sox victory, especially since the Cubs dropped the first two to the Tampa Bay Rays.

After a quick first inning, the Pirates score six runs in the top of the second. Gavin Floyd, the Sox starting pitcher was only charged with one earned run due to a throwing error. The Sox answer by posting six of their own in the bottom of the second. Jermaine Dye ended the game with six RBI with two home runs, one being a grand slam.

Lucky dog! Have a blast!