The Giants (Are About to) Win the Pennant! 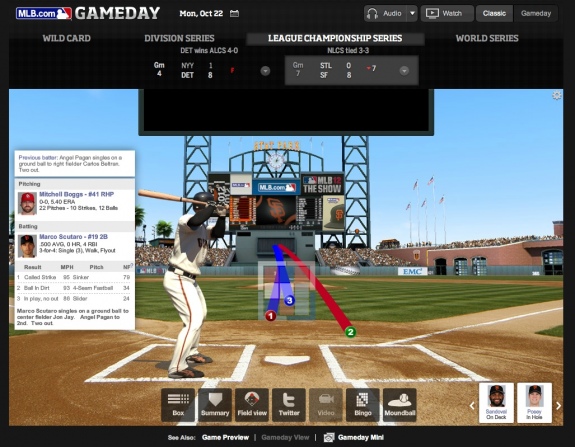 Barring a dramatic comeback during waning innings of Game 7, the San Francisco Giants are on the verge of winning their second National League pennant in last three seasons. Currently, the Giants hold a 8-0 lead over the St. Louis Cardinals in the bottom of the seventh inning. It appears that the Cardinals have perhaps run out of luck.

The World Series is slated to begin on Wednesday at 7 p.m. The Detroit Tigers, who wrapped up the American League pennant in a four-game sweep, await their destination. All signs point to San Francisco.

Since the National League won the All-Star Game (don't get me started), the NL pennant winner will have home field advantage during the World Series. Here's a look at the upcoming schedule.