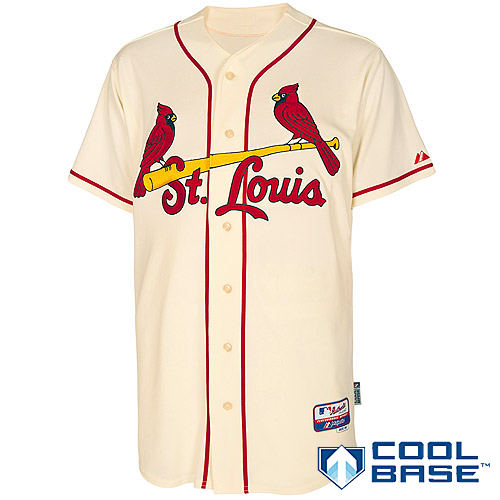 Do you have a longing for the Dizzy Dean-era St. Louis Cardinals? Tune into Cardinals home games on Saturdays and you will get your fill. Earlier this week, the Cardinals management introduced a third jersey that players will wear as alternates during the 2013 season.

Since the earliest days of the Cardinals franchise, the team has worn the distinct "birds on the bat" logo on the front of their jerseys. Only subtle changes, such as size and style of the birds, have been made to that look. Starting next season, the team will feature a change that hasn't been seen since 1932. The word "Cardinals" will be removed and replaced with "St. Louis" in the logo. The jerseys will also feature red piping which vanished from Cardinals uniforms during the mid-1950s. Here's a look at the 1932 uniforms. 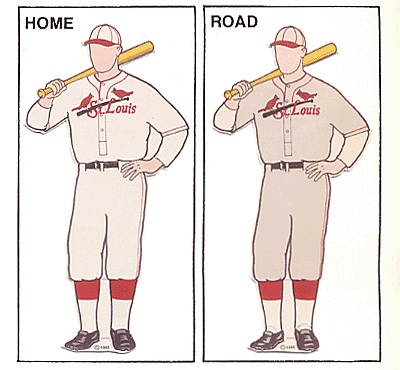 In recent years, teams such as the San Francisco Giants and New York Mets adopted an off-white cream color for their throwback uniforms. The cream colored uniforms are reminiscent of the old flannel uniforms from yesteryear.

I've always enjoyed watching teams roll out retro uniforms on occasion. If I'm not mistaken, the Cardinals haven't done so during recent years. I'll be curious to hear what the St. Louis fan base has to say about them.