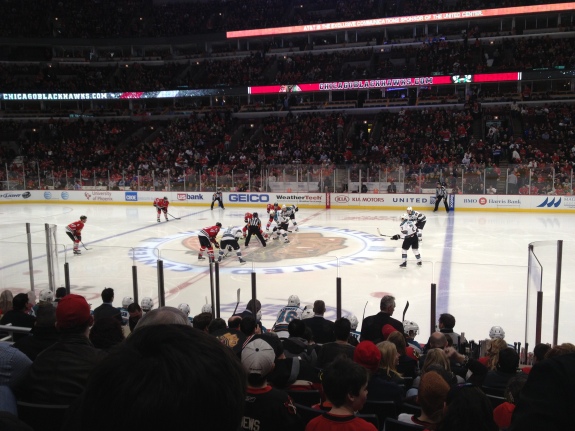 That makes 21 consecutive games to start the season without a loss during regulation. What a start to the lockout-shortened, 48-game season for the Chicago Blackhawks. This streak is an NHL record to begin a season.

With a 4-3 overtime win last night against the Columbus Blue Jackets, the Blackhawks improved their record to 18-0-3. That's 18 wins, no regulation losses, and three shootout losses. In the NHL, teams are awarded two points for a victory (regulation, overtime or shootout). No points are awarded for a regulation loss, but one point is given for a loss during overtime or a shootout. Following the win last night, the Blackhawks earned 39 points out of possible 42. Currently, they lead the Western Conference's Central Division by 15 points over the second place St. Louis Blues. If the playoffs started today, they would be the top seed in the Western Conference. They hold an eight point lead over the second seeded Anaheim Ducks.

I've only been to one game this season, but it was exciting. A friend from high school scored free tickets from a season-ticket holder for a game against the San Jose Sharks. Our seats were 11 rows off the ice behind the visiting bench. The Blackhawks won 4-1. How long will they extend this streak? No clue, but I was glad to witness a game live during this streak.

So how does this Blackhawks streak compare historically? If you reach back into the last regular season, the Blackhawks streak has extended to 27 consecutive games with a point. That's the third longest streak in NHL history. The Montreal Canadiens assembled a 28-game streak during the 1977-1978 season, and the Philadelphia Flyers reached 35 games (October 6, 1979-January 6, 1980).

How will the rest of the season progress? At the end of the season, will we be talking about another Stanley Cup in Chicago? I hope so. 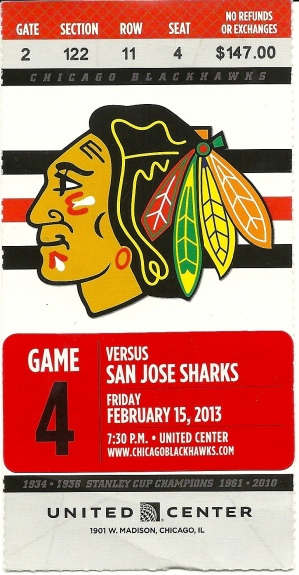 Hey Bill, maybe we can set up a little wager if the Blackhawks and 'Canes meet in the Playoffs. I was thinking about a bottle of our local Muscadine Nectar or something similar.