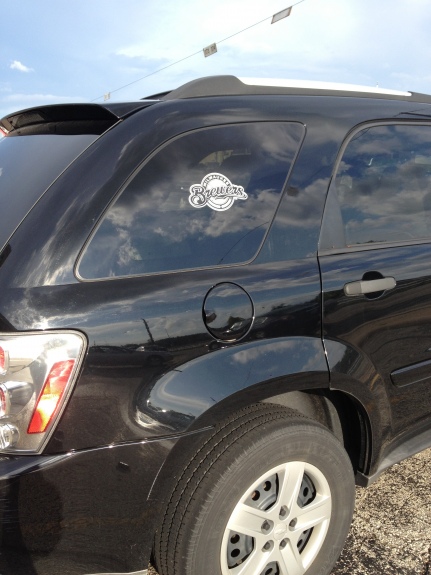 Being married to a Milwaukee Brewers fan, I could have (and probably should have) crossed the Brew Crew off this list ages ago. But no, I wanted to play this game fair and square. I've been clear from the beginning, team logos cannot be counted if they appear on clothing. Kids could be wearing random team caps and shirts because that's the uniform of their local Little League team. Also, I cannot claim any of my own personal items. To count, logos must be spotted out and about.

We attend so many games at Miller Park each season, the Brewers could have been accounted for by passing anyone at a pre-game tailgate party. On my commute home this afternoon, I spotted this in downtown Elmhurst. It was right there, clear as a day. Right in front of my parking garage.

So after nine teams, the Senior Circuit holds a one-team lead over the Junior Circuit. 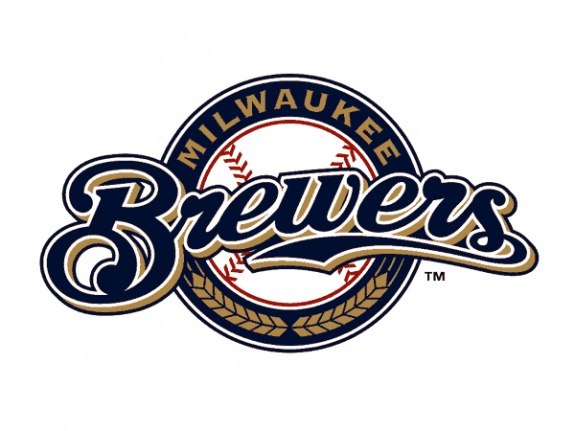