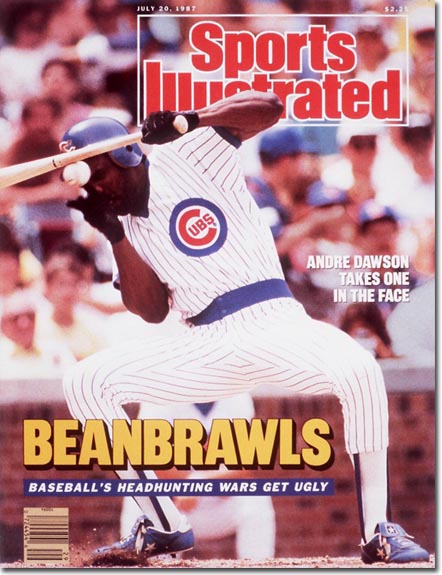 Today marks the 21st anniversary of my first live baseball fight. My Dad brought two of my friends and me to Wrigley Field for an afternoon game against the San Diego Padres. This was one of my last games at Wrigley Field in the pre-lights era.

In the bottom of the first inning, Dave Martinez, the Cubs lead-off hitter hit the first pitch for a home run. With two outs, Andre Dawson homered. Fast-forward to the third inning. Paul Noce, playing second base for an injured Ryne Sandberg, lead of the inning with a home run. Dawson stepped to the plate. Eric Show, the late Padres pitcher, drilled Dawson in the face with a fastball. Rick Sutcliffe bolted from the dugout and charged the mound. Once the dust settled and the game continued, a total of seven players were ejected including the young Cubs starter, Greg Maddux.

Since then, I've seen a few shoves here and there. Nothing major until last season. Remember when Derrek Lee was thrown at by the San Diego Padres starter Chris Young? 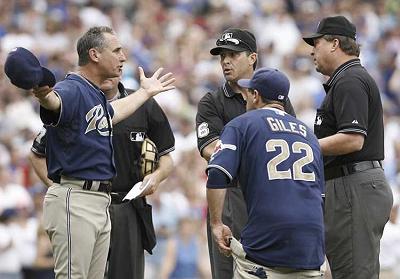 I definitely remember the fight last season. We were almost close enough to have to duck.