Welcome back, class. I trust you had a moment to review the sample box from Part I to get a feel for how scoring a game works. As promised, we will use a real game as a tool to walk through scoring a baseball game. Let's play ball and start with the top of the first inning. 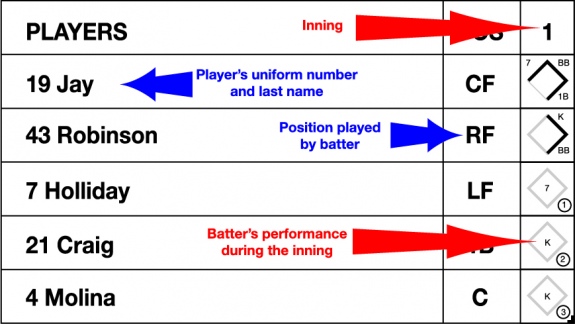 The St. Louis Cardinals caused trouble in the top of the first inning. They managed to move two runners into scoring position, which means having runners on second and/or third base, but failed to plate any runs. As we'll demonstrate later, that was Marco Estrada's most effective inning pitched that day.

First, the center fielder Jon Jay stepped to the plate. He singled (1B) to lead off the inning. 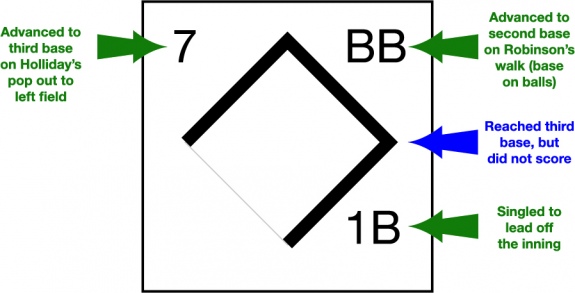 The second batter was the right fielder, Shane Robinson. Robinson walked (BB) and forced Jay to second base. 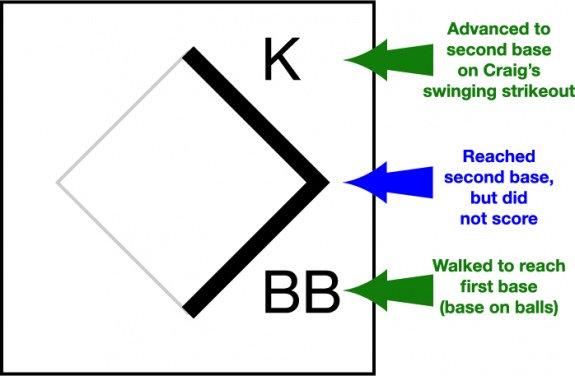 Matt Holliday, the left fielder hit third. Holliday popped out to the left fielder (7) to record the first out of the inning. On the long fly ball, Jon Jay advanced from second to third. Robinson remained on first base. Note: Every position in the field is designated by a number for scoring purposes. Read this blog for a detailed listing of the nine positions and the corresponding number. 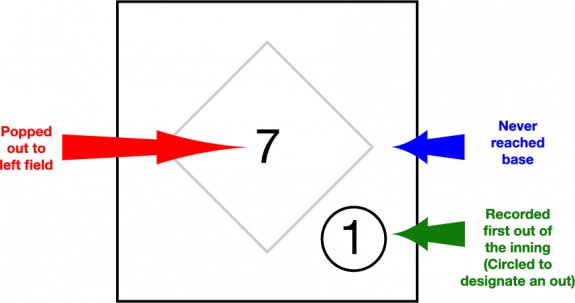 The clean up hitter and first baseman, Allen Craig stepped up to the plate. Craig struck out swinging (K) for the second out of the inning. Robinson advanced to second base while Jay remained on third base. With two outs, the Cardinals had to runners in scoring position. 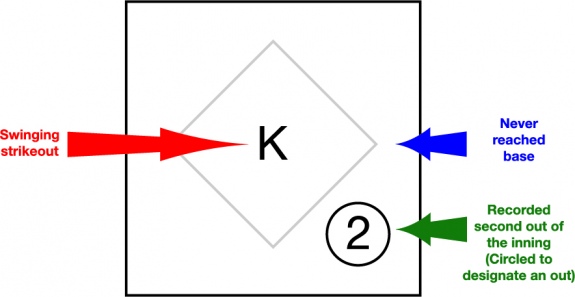 The catcher, Yadier Molina was the fifth batter of the inning. Molina struck out swinging to end the inning. 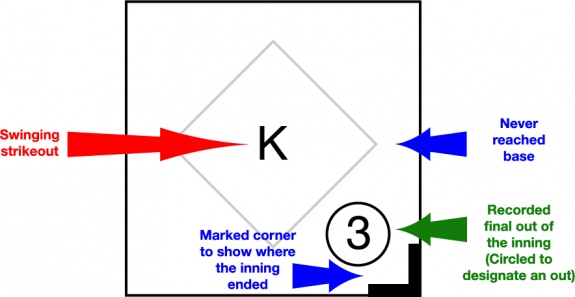 The Milwaukee Brewers worked themselves into a jam, but closed out the top of the first inning without surrendering a run. The Cardinals had one hit, one walk and two left on base. They failed to score a run. At the middle of the first, there was no score.

Please note: Some fans will track the count (balls and strikes), but I don't. Generally, I don't think scorecards leave enough room. Also, when a batter successfully reaches base with a hit, you can designate where the hit landed if you choose. Again, I don't think there's enough space.