Not to give away the ending, but the St. Louis Cardinals won this game during the six-run second inning. During the top of the second inning, we'll witness how a team can send 10 men to bat, plate six runs all while generating only three hits. Simply stated, hitting batters and giving free passes will kill a team.

The third baseman, David Freese was the lead-off hitter. He recorded the first out with a swinging strikeout. Again, swinging and missing is marked with a K. One up, one down. 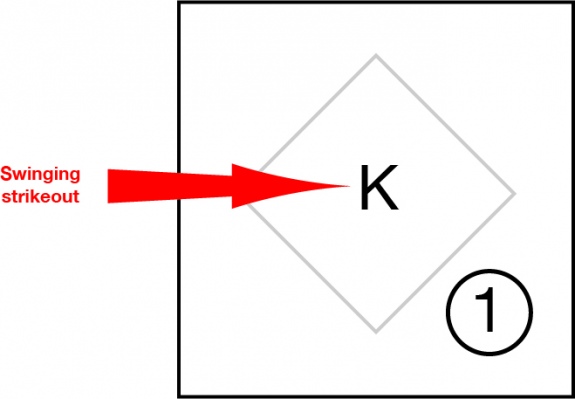 Daniel Descalso, the second baseman, batted next. He reached first base on a walk. Again, a walk is recorded as BB (base on balls). 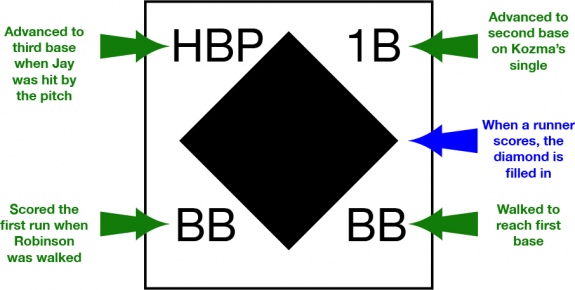 Pete Kozma, the shortstop, batted third. He singled (1B) for the first of only three hits during the inning. 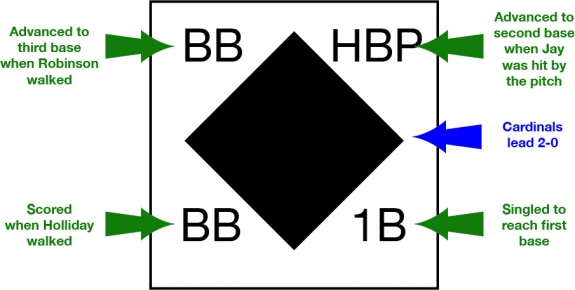 The starting pitcher, Jaime Garcia, recorded the second out with a swinging strikeout (K). Two outs. 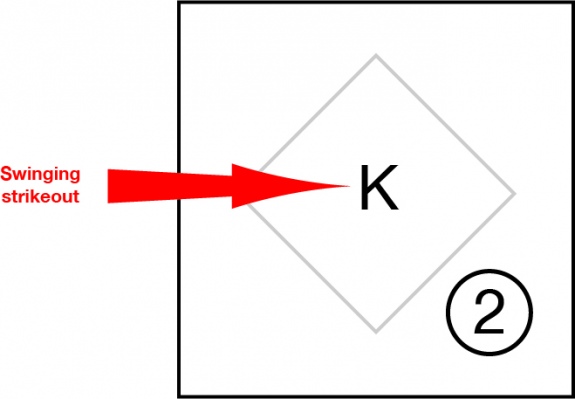 Back to the top of the batting order as Jon Jay made his second trip to the plate in as many innings. He reached first base when Marco Estrada hit him with a pitch. That's recorded with HBP (hit by pitch). 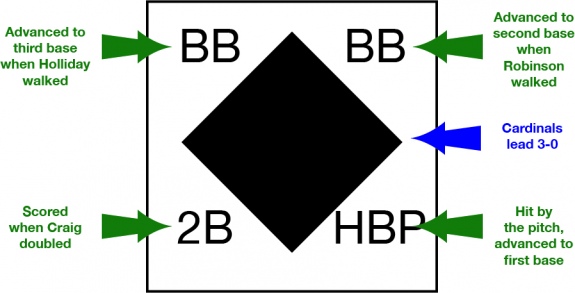 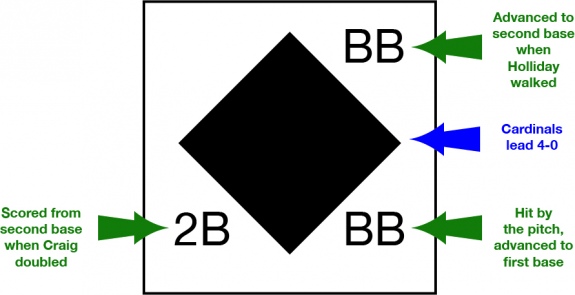 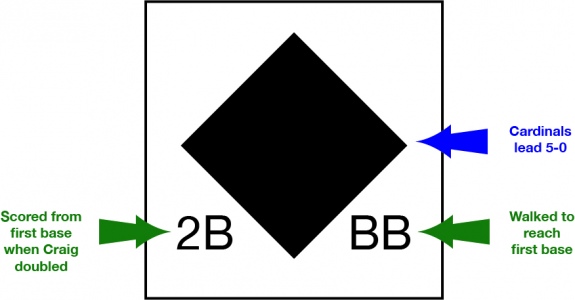 Allen Craig, the second baseman, doubled (2B) for only the second hit of the inning. 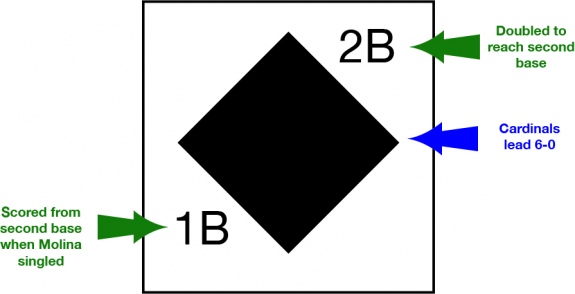 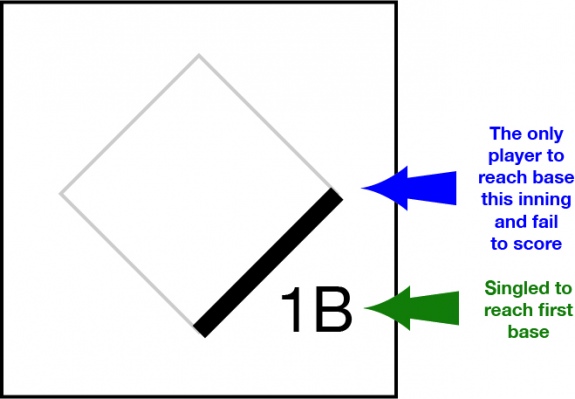 The St. Louis Cardinals batted around during the top of the second. David Freese made his second trip to the plate this inning. He popped out to right field (7) to end the inning. 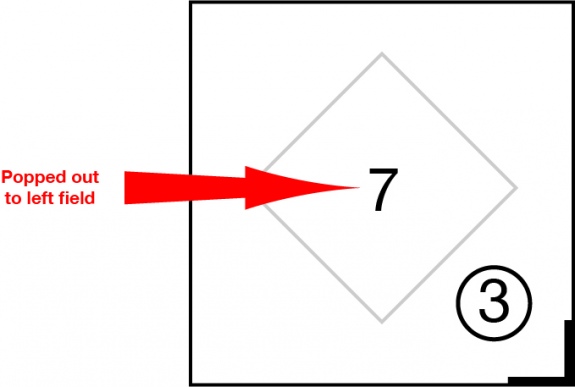 The Milwaukee Brewers never rallied the rest of the game.