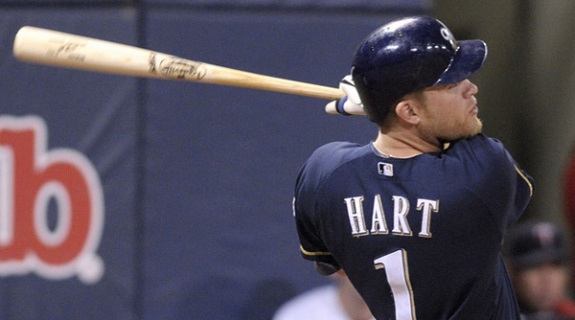 Since the Chicago Cubs set a team record by sending seven players to the 2008 All-Star Game, Susan made me promise to vote for Corey Hart in the final voting.

Carrie, I'm certain you're a step ahead of me.

If you swing by the Major League Baseball website, or the Milwaukee Brewers site, you can vote for the final National League and American League All-Stars. You can vote up to 25 times per email address. Balloting is open until 4 p.m. CT on Thursday.

Show the Brewers some (g)love and vote for Hart. 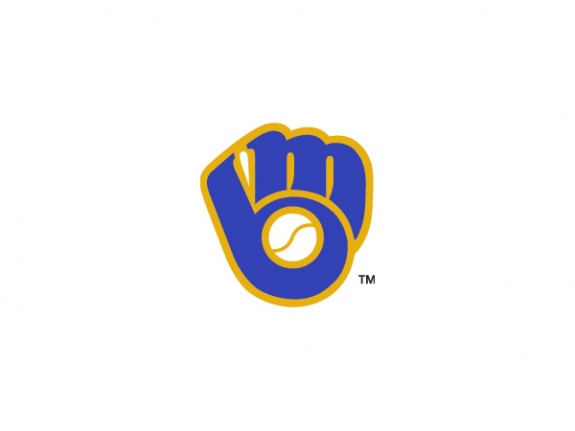 Paid for by the Corey Hart for National League All-Star Committee.

Yeah for Susan!!! I knew she'd show the love!

I personally wanted a shirt that says "I Heart Hart" rather than the New York one you have shown above.

On to other news, the Brewers are about 3,500 tickets away from a rare Tuesday night sellout due to the start of C.C. This town hasn't gone this crazy since the unveiling of the "new" Schlitz beer a few weeks ago. God I love this stuff!

And can you believe that Ryan Braun was 3rd (in both leagues) in the All-Star voting???

I was surprised by Braun. Goes to show the power of the Rookie of the Year Award.

Yeah... I think Milwaukee really did a great job "promoting" him. He really worked the radio talk show circuit to get his name out there. I think the same will happen for Hart.... at least I hope.

I just wonder if David Wright, playing for the New York Mets, will receive a big boost as the deadline approaches.

Carrie, it looks like he made it in. Congrats to your guys up north.