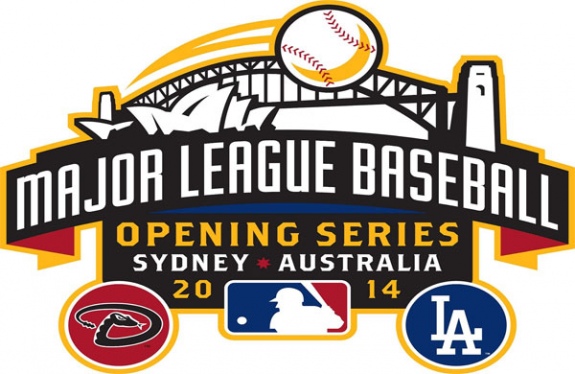 The 2014 Major League Baseball season is underway. Underway down under, of course. One game is officially in the books as the Los Angeles Dodgers defeated the Arizona Diamondbacks 3-1 at the historic Sydney Cricket Ground early this morning. Due to time zones, the second and final game of the series will start this evening at 9 p.m. CDT. The rest of the National and American League teams won't start the regular season until March 30th and 31st. 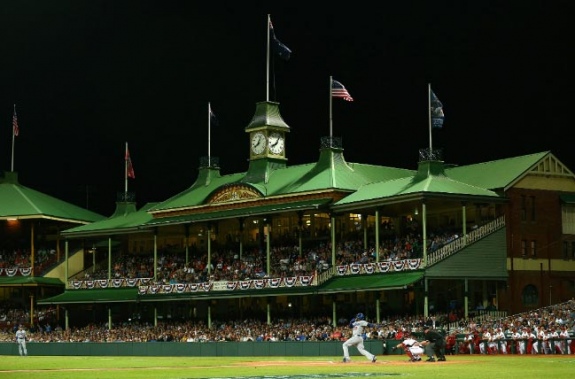 For years, the Cincinnati Reds hosted the first game of the regular season. As the first professional baseball franchise then known as the Cincinnati Red Stockings they were given the honor of hosting the first game annually. With intentions of moving a franchise outside of the United States and Canada, MLB hosted the 1999 Opening Series in Mexico. The following year, I had to set my alarm for 4 a.m. to watch my team the Chicago Cubs open the regular season in Tokyo, Japan.

Since baseball teams play 162 regular season games (81 of which are home games), I don't mind if two teams travel internationally to play a series in order to promote the game to a new audience. But is Opening Day is the proper time to do this? Of course half of the teams must begin their quest for October greatness on the road. It's just the nature of the beast. But to have two teams begin their season outside of their market seems unfair. It just seems to rob fans of the opportunity to cheer on their team at a reasonable hour. If you were a Dodgers fan, you had to set your alarm for 1 a.m. to watch Clayton Kershaw toe the rubber. Diamondbacks fan could enjoy one extra hour of rest. 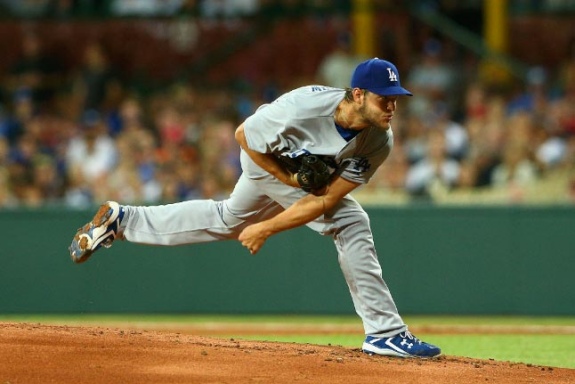 Did I wake up early to watch this morning's game? Absolutely not, but I did catch the eighth and ninth innings at a somewhat reasonable hour before cycling class.