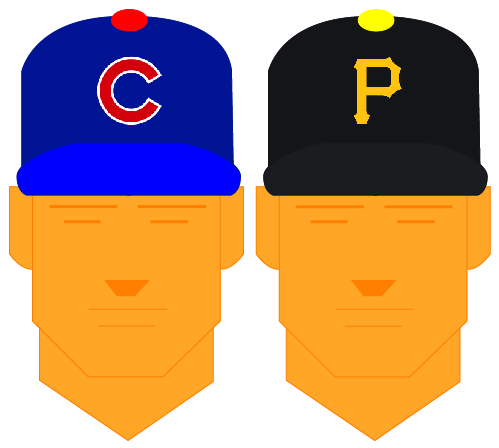 Today's my Opening Day. With the painfully cold winter behind us, I've eagerly anticipated doing something outside. Sure, we attended a six-year-old birthday party last weekend, but it was a bit too cold late in the afternoon to be outside for more than a few minutes at a time. Temperatures have been hitting the 50s regularly during the week. Since I have my nights free this week, it seemed like a perfect excuse to get to a ballgame.

The Chicago Cubs have loaded up on games against teams from Pennsylvania to start the season. After opening the season on the road in Pittsburgh against the Pirates, the Philadelphia Phillies traveled to Chicago to launch the 100th season of baseball at Wrigley Field. Now the Pirates are back in Chicago.

Tonight the Pirates will send Wandy Rodriguez (0-1, 4.50 ERA) to mound against Jason Hammel (1-0, 1.35 ERA). The two pitchers will return to the mound for only their second time this season. Rodriguez and Hammel faced each other last Thursday to begin their 2014 campaigns.