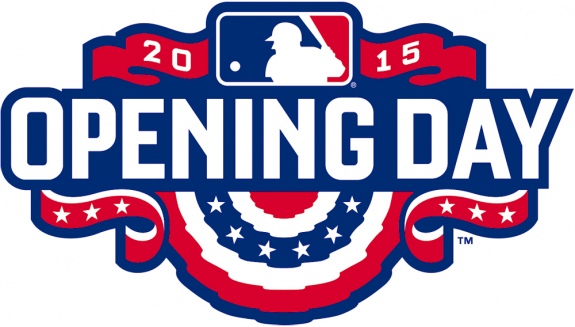 Today is my Opening Day for the 2015 Major League Baseball season. Traditionally, my first game of the season does not take place on the south side. Unless I'm mistaken, the lone time my season began with a Chicago White Sox game was back in 1990. That was the last home opener at Comiskey Park. Ever since I started attending baseball games, my first game each season took place at Wrigley Field.

But when I started to research my season lid-lifter history, I realized that very few games of late took place in Chicago. Most of the games of recent vintage took place in Milwaukee to see Susan's team play. And the others? They were sprinkled all around the majors.

Let's rewind to 2007. At that point, I still hadn't seen a game in every MLB city. To start that season, we found ourselves on a road trip to suburban Kansas City for Easter. Along the way we bought tickets to see our first game of the season in Houston.

Seattle's Safeco Field: 2009
Interesting side note: we saw Boston's Mike Lowell at mass before the game.

Philadelphia's Citizens Bank Park: 2010
My first game of the season was also my final MLB city.

So 169 days after our final game of the 2014 season, I am ready for another year of baseball. Our last game was at U.S. Cellular Field and we witnessed the Kansas City Royals clinch their first playoff berth since 1985.

Today, we will be back there to see the Chicago White Sox (0-3, .000) play host to the Minnesota Twins (0-3, .000). Both teams are winless, so regardless one of the teams will celebrate their inaugural win of the season.