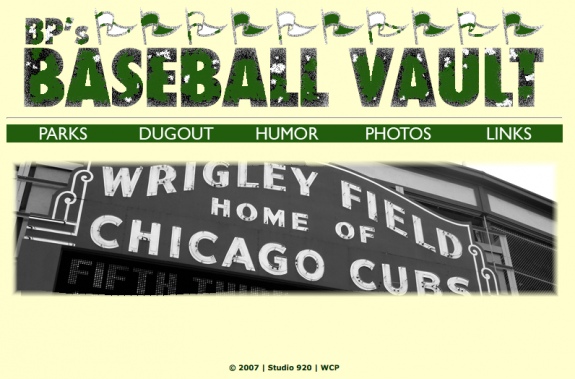 Before I launched this blog, I started entertaining thoughts of sharing my baseball experiences with a broader audience. Who made up that audience? Not a clue. Where would I find them and how I would reach them? Unclear. I'd never been a blogger before, and honestly, and I didn't know if my tales of passing through turnstiles and following annual pennant races would interest anyone outside of close friends and family.

During the years leading up to Humzoo's debut, I posted anonymous comments on Dave Heinzel's old site under the alias Ted Williams' Head. I selected that name in 2004 because the Red Sox were on the verge of winning their first World Series since 1918. Ted Williams, the former Red Sox Hall of Fame outfielder, had recently passed away and the tales of his cryogenically-preserved head teetered on the edge of macabre and preposterous. Especially, considering he was a legend who despised the media.

Uncertain of what my baseball site would look like, I had ideas regarding content to share. I was a Comcast customer and they offered a small amount of space for personal websites, so that would become the home for my new site. The site did have a name: BP's Baseball Vault. Not terribly original, but deadly accurate. In an attempt to streamline the effort, I had several main topics in mind:

Parks: Just what the name indicated. These would be reviews and histories of each Major League Baseball park. I would provide updates regarding where I had been and where I still needed to go. Example: That Old Place in Boston

Dugout: My plan was to talk about games themselves. Not so much x-and-o discussions, but rather talk about games I've attended. Important games that I watched and the stories around them. Example: Scoreboard Watching

Humor: Just fun baseball stories. Real tales that I experienced and stories that my friends and I share over dinner and drinks. Tales that make baseball fun outside of winning and losing. Example: A Very Late Night at Wrigley Field

Photos: Straight forward. Simply a collection of images from around the baseball world. Not just MLB parks, but places I played and learned about the game. Example: Shea Stadium 2008

Comcast / Xfinity recently informed customers that effective on October 8, 2015, these personal websites would be eliminated. No big deal since this site ultimately took its place, and honestly, became a far better site that I could have developed over there. While BP's Baseball Vault never became fully realized, for almost eight years, the shell of a home page has been floating in cyberspace. Absolutely everything that I intended to share became a part of Humzoo overtime and I never really drifted away from my initial vision for the site. Just wanted to pay tribute to the site that provided the groundwork for what was to come.