Once again, I am caught up. When Tom Koehler of the Miami Marlins winds up and fires the first pitch against the Atlanta Braves this afternoon, I'll be able to say I've seen a game at 38 Major League Baseball parks.

A quest that began at Wrigley Field back in the late 1970s officially ended in May 2010 at Philadelphia's Citizens Bank Park. My goal was complete since I'd seen every MLB team play at home. Naturally, as old parks fell victim to the wrecking ball and newer facilities rose from the rubble, I've found reasons to make the corresponding trek.

Back in April 2006, we watched as the Florida Marlins hosted the Colorado Rockies at Dolphin Stadium. That was six years before being rebranded as the Miami Marlins and moving into their new home. Admittedly, I didn't expect to be dazzled by Florida baseball on my first visit. They played in an open-air football stadium with faded orange seats and that propped up a makeshift outfield wall. But I was there, at a place that could boast two World Series titles.

But Marlins Park is a radically different venue. The trend of building a park that paid tribute to bygone eras was scrapped here. Miami decided to look forward. Aquariums with bulletproof glass line the walls behind home plate. A psychedelic structure sits beyond the outfield wall. When a Marlins player hits a home run, the structure comes alive and makes fans think they're about to get a visit from Wavy Gravy on Max Yasgur's farm. A retractable roof erases the term "rain delay" from the vernacular. It even incorporated the stadium lettering from the old Miami Orange Bowl, that once occupied the site, into an art installation on the plaza. 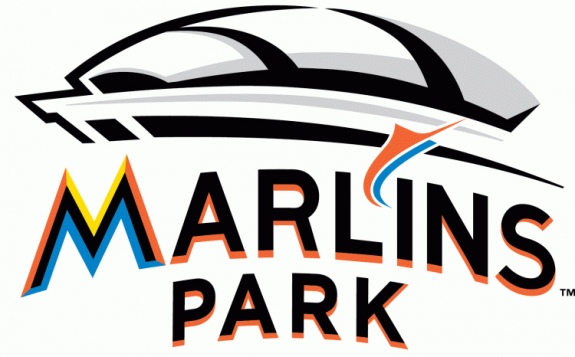