Chicago Cubs 2016: A Dominating Start to the Season 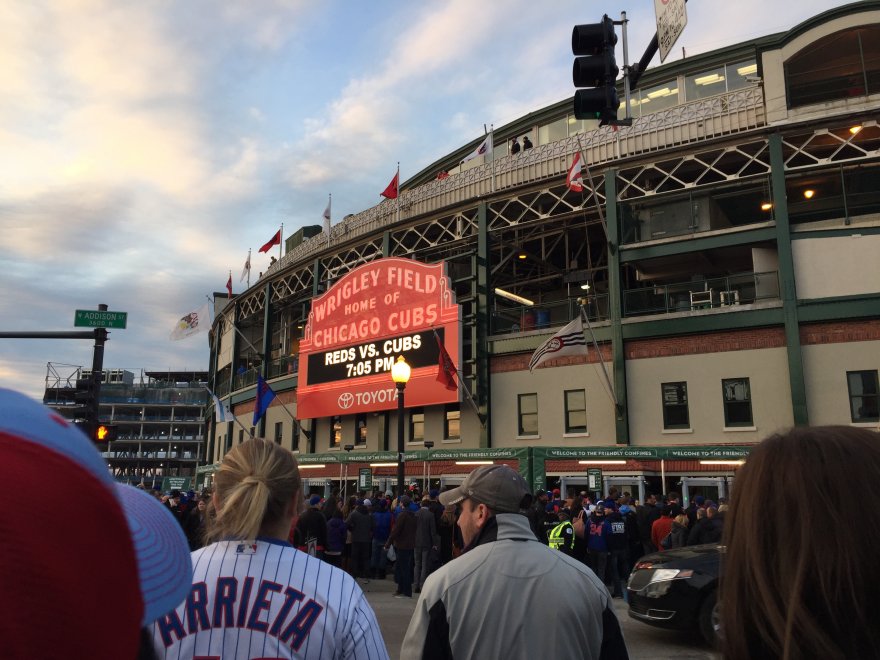 With 28 games in the book, the Chicago Cubs have compiled a 22-6 (.768 winning percentage) record and have terrorized Major League Baseball. Their 22 wins top all 30 teams. Interestingly, their crosstown rivals, the Chicago White Sox rank second with 20. Setting the pace in the National League Central Division, the Cubs have separated themselves from the pack with a sizeable 6.5-game lead over the Pittsburgh Pirates and an eight-game lead over the St. Louis Cardinals. All three division rivals finished north of 90 wins last season and advanced to the playoffs.

The statistics are staggering. Regardless how you slice the numbers, the Cubs have demonstrated that they are a force to be contended with. They are equally dominant at Clark and Addison (9-3) and away from the so-called Friendly Confines (13-3). During their last 10 games, the Cubs dropped a single game.

Speaking of an impressive run, they have yet to string together consecutive losses. The closest to anything resembling a losing streak was when they dropped two of three to the Colorado Rockies at Wrigley Field (April 15-17). In fact, that is their lone losing series during this campaign. The Cubs and Atlanta Braves split a rain-shortened series at the end of April and beginning of May.

On two separate occasions, the Cubs have strung together five-game winning streaks. Entering action today, the Cubs look to extend their current winning streak to six games against the NL East's front-running Washington Nationals. The Nationals currently have the second best record in the National League and third best in all of baseball.

Both the offense and pitching have been spectacular. The pitching staff has blanked opponents four times including a 9-0 win on Opening Day against the Los Angeles Angels of Anaheim, and 16-0 pounding of the Cincinnati Reds during Jake Arrieta's no-hitter at Great American Ballpark on April 21. Their bats have been limited to one or fewer runs twice, both times during the series against the Rockies.

With the exception of the season-ending injury to Kyle Schwarber, the Cubs have avoided serious injuries. Last year's National League Rookie of the Year, Kris Bryant, gave fans a scare recently when he rolled his ankle, but he did not miss significant playing time. At some point, Arrieta (who has won his first six starts) could regress to the mean and appear hittable. Jason Hammel and Kyle Hendricks could start pitching like, well, Hammel and Hendricks again.

Being very early in May, there are 134 games left in the 2016 regular season, so anything can happen. On 670 The Score during the Friday evening commute, they reported that if the Cubs fall off of their current pace and play exactly .500 baseball to close out the season (67-67), they will finish the regular season with 89 wins. The Cubs would end their season eight games above .500 and quite possibly a division title.