The Chicago Cubs will win the 2016 National League Central Division title. With an extra-innings victory over the San Francisco Giants yesterday afternoon, the Chicago Cubs dropped their magic number to 11. Barring a collapse reminiscent of the 1964 Philadelphia Phillies, the Cubs will host their opponents at Wrigley Field during Game 1 of the National League Division Series (NLDS) on Friday, October 7.

Right now, the Washington Nationals hold a sizeable lead over the defending National League champion New York Mets in the National League East and appear a certain lock for a division title. In the National League West, the Los Angeles Dodgers hold a slight edge over the Giants. Both teams appear slated for October as a division winner and one of the two wild card slots, but only time will tell which team bypasses the Wild Card Game. The St. Louis Cardinals and Mets are battling for the final wild card spot. Regardless, postseason baseball will return to Wrigley Field for the second consecutive season.

Last October, the Cubs and Mets clashed in the National League Championship Series (NLCS). The Mets young arms overpowered the Cubs and stopped their march to the National League pennant four wins shy. A rotation of Matt Harvey, Noah Syndergaard, Jacob deGrom and Steven Matz proved too much for the up-and-coming Cubs. Not to mention Daniel Murphy's historic home run streak that stretched to six consecutive postseason games added fuel to the fire. For a franchise that lost 96 games three seasons ago (and 101 four years ago), the Cubs infused young talent at many positions and won 97 games. That win total would have been adequate to claim a division title in five of the six divisions in Major League Baseball, but in the National League Central, it was good enough for third place and the second NL Wild Card spot. As the second NL wild card, there was no guarantee that postseason baseball would return to Wrigley Field in 2015.

If playoff baseball would return to Wrigley Field for the first time since 2008, the Cubs would need to defeat the second place Pittsburgh Pirates in a one-game, sudden elimination Wild Card game at PNC Park. Jake Arrieta continued his historic regular season performance and pitched a complete game, five-hit shutout of the Pirates to earn a shot at the St. Louis Cardinals in the best-of-five NLDS.

During the 2015 postseason, the Cubs added four more playoff games to Wrigley Field's lore. By advancing to the best-of-five NLDS against the St. Louis Cardinals, and by splitting the two games at Busch Stadium, the Cubs only needed two games to eliminate the Cardinals at Wrigley Field. To open the best-of-seven NLCS, the Mets won the first two games at Citi Field. In order for the Cubs to win the NL pennant and advance to their first World Series since 1945, they needed to win two of three at Wrigley Field to force the deciding game in New York. The Cubs' bats were silenced, their pitching underwhelmed and Kyle Schwarber flopped in left field as the Mets completed the four-game sweep at the Friendly Confines.

Despite ending the 2015 postseason on a sour note, the Cubs did improve their postseason record at Wrigley Field, even if only mere percentage points. Everyone knows the team has a sparsely decorated trophy case at Wrigley Field. History is clear. The Cubs have only won two World Series titles in the franchise's 140-year history. The first came in 1907, and the second the following season. Wrigley Field, the 102-year-old ballpark that the Cubs lovingly embrace and call home, wasn't even a blueprint at the time of those titles. Despite lacking World Series trophies, people often forget the Cubs were a National League powerhouse in the gap between the two World Wars. They won the NL pennant four times during the 10 seasons comprising 1929 through 1938.

Prior to the playoff run last season, the Cubs had an abysmal record playing at Wrigley Field during the postseason. In 27 games, the team amassed a 7-20 record for a .259 lifetime winning percentage. Of those seven wins, only two were World Series games. Casting a wider net to encompass the entirety of the Cubs postseason history in Chicago produced only slightly better numbers. Taking into account games played the West Side Grounds and at Comiskey Park, the franchise's record increases to 12-28-1 for a .293 winning percentage.

In 2015, the Cubs added four additional postseason games to Wrigley Field's lore. By winning two games at home against the Cardinals in the NLDS and dropping two to the Mets in the NLCS, the franchise's overall numbers increased. Well, only slightly. Now the Cubs can boast a 9-22 (.290 winning percentage) record at Wrigley Field, and a 14-30-1 (.311 winning percentage) in Chicago.

Since the Cubs appeared in the 1906 World Series, they have played 45 home games during the postseason. Of those 45, they only won 14 of them. But here is a more detailed breakdown. 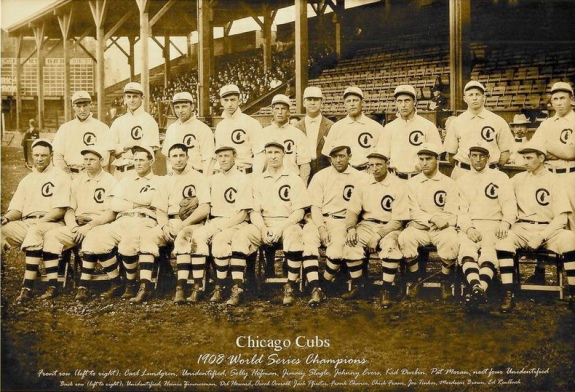 From 1906 through 1910, the Cubs called the West Side Grounds home. While playing there, they appeared in four World Series winning half of them. Despite claiming two titles during that span, they only won four of their 11 home games. That even included a tie during Game 1 of the 1907 championship. 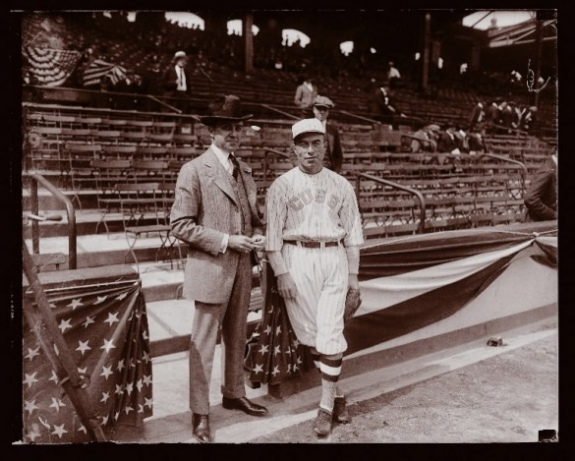 The Cubs packed up and relocated to Weeghman Park, later to be renamed Wrigley Field, in 1916. Though they won the National League pennant just two seasons following the move, the Cubs played their home games during the 1918 World Series at Comiskey Park. The United States was involved in World War I and the south side park could accommodate a greater seating capacity. Despite winning another pennant, the Cubs dropped two of their three so-called "home" games while the Boston Red Sox were crowned champions of baseball. 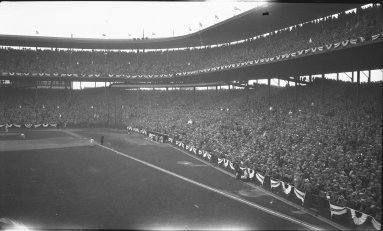 Wrigley Field hosted its inaugural Fall Classic in 1929 against Connie Mack's Philadelphia Athletics. The second was in 1932. The Cubs finally won their first World Series game at Clark and Addison when they defeated the Detroit Tigers 3-1 during Game 5 of the 1935 Series. Despite reaching the World Series again in 1938, they would not win another postseason game in Chicago until Game 6 of the 1945 World Series.

Almost four decades passed until postseason baseball returned to Wrigley Field. The two leagues were split into two divisions beginning in 1969. In 1994, the leagues were realigned into three divisions with wild cards. Now 10 teams reach the playoffs each season. Since the close of the 1945 World Series, the Cubs have reached the postseason seven times. During that span, they have compiled a 7-11 record. The Cubs won both home games of the 1984 National League Championship against the San Diego Padres. The road games from that series are nightmare fuel. In 1989 they won one of two at home against the Giants. They lost their lone home game of the 1998 NLDS to the Atlanta Braves.

Something unusual happened in 2003. When the Cubs defeated the Braves during the National League Division Series, the Cubs won their first postseason series since 1908. During the NLCS against the Florida Marlins, dropped three of four at home. That's a remarkable feat considering they were five outs away from the World Series during the infamous Game 6. During the 2007 and 2008 postseasons, the Cubs would suffer consecutive sweeps at the hands of the Arizona Diamondbacks and Dodgers respectively. And in 2015, the Cubs beat the Cardinals twice and lost two to the Mets. 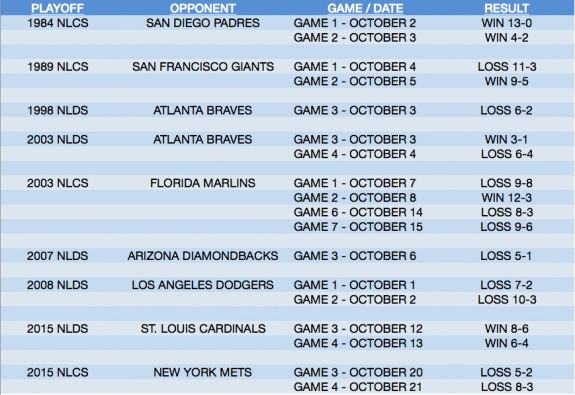 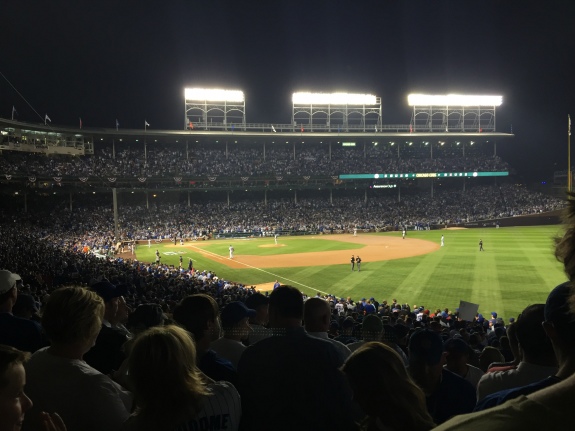 Will the Cubs make a deep run in the 2016 postseason? How will these numbers change during October? Only time will tell.