My Last Trip to Turner Field

The Atlanta Braves' days of calling Turner Field home are waning. Today, they close out a three-game series with a rubber match against the defending National League champion New York Mets. Next, they host the Miami Marlins for three, and then the Washington Nationals for three. After a seven-game road trip, they will end their tenure at Turner Field with three games against the Philadelphia Phillies and three against the Detroit Tigers. Beginning in 2017, the Braves will pack up and move to the suburbs and SunTrust Park. But today marks an anniversary of sorts for me. Six years ago, I made my final trek to Turner Field.

But getting to that game, a matchup between the St. Louis Cardinals and Braves, was more than a year in the making. Let's rewind to 2009. My quest to attend a game in all 30 Major League Baseball cities was nearing completion, but there were a few loose ends to address. I never attended a game in Atlanta-Fulton County Stadium, so Turner Field was a must. Susan and I looked at the Braves schedule and found that our two favorite teams, the Chicago Cubs and Milwaukee Brewers, were playing the Braves in early June. The Cubs closed out a series on a Thursday and the Brewers arrived the following evening. We bought tickets for both games.

On Thursday, June 4, 2009, the skies opened and rain pummeled the field and the game was called a washout. Without any back-up plans, Susan and I remained in the stands and watched the San Francisco Giants beat the Nationals, 5-1, as Randy Johnson pitched six innings and logged his 300th career win. The following night, the Brewers blanked the Braves, 4-0. To make a long story short, the Braves said they would honor my rain check during the 2010 season since I could not justify returning to Atlanta during the remainder of the 2009 regular season.

Susan was not able to join me for my return to Atlanta, but rather than forfeit the tickets, I decided to make the trek alone. It's free baseball after all. After work on Friday, I hopped on a plane at O'Hare, landed in Atlanta, picked up my rental car and found my hotel. I'm not a business traveler. Not then, not now. But now I think I know how it feels jumping in and out of a city.

The game had an odd start time at 4:10 p.m., so that meant I had some time to kill. Since we visited Atlanta a little more than a year earlier, I did not need to visit some of the typical tourist locations as we checked those off of our list already. Whenever I visit a new ballpark, I purchase that team's baseball cap as a souvenir. In 2009, I bought my Atlanta Braves fitted cap (and Susan already purchased a Milwaukee Braves cap for me). I've always been fascinated, for some unknown reason, by the history of the Braves. Perhaps it's because it's an old franchise dating back to the formation of the National League, just like the Cubs. So, I wanted to find an old Boston Braves fitted cap. While I visited CNN Center, I stopped in the Braves Team Store. They didn't have any fitted Boston caps, but I did find a replica, adjustable cap. To this day, it's still one of my favorites and remains in regular rotation. 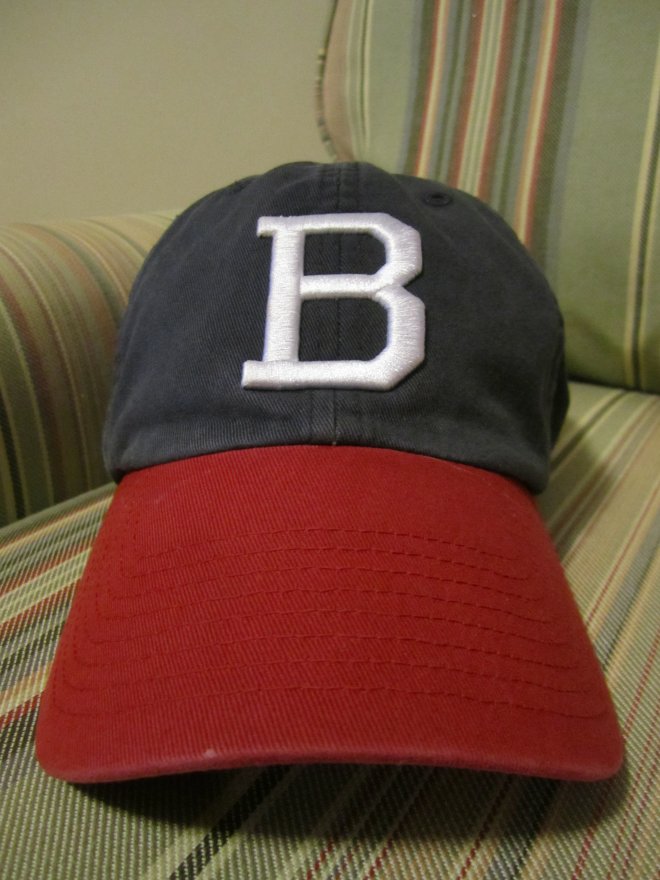 With first pitch approaching, I headed over to Turner Field. Despite the blistering heat, I wanted to walk around the park and experience what it had to offer. The temperature was boiling, the sun was shining and the humidity was brutal. By the time I made my way inside the park, my red shirt was drenched.

After locating the largest bottle of water of I could find, I passed a promotional pop-up tent on the main concourse staffed by two guys from 680 AM The Fan, the radio flagship for Braves games. One of the staffers grabbed a microphone and addressed the crowd and announced that it was Braves trivia time. As I mentioned earlier, I knew a thing or two about Braves history. Obviously, I possess a better grasp about Cubs history, but I knew I could put up a decent fight. He fired off his first question.

"Can you name the only player in Braves history to play in all three home cities (Boston, Milwaukee and Atlanta)?" he asked.

Being an outsider, I knew the answer, but I wanted a local to take a stab first. The crowd was silent, but I confidently raised my hand. A few people eventually blurted out incorrect answers. No, it wasn't Hank Aaron or Warren Spahn. Both were logical guesses, but ultimately wrong. Aaron, while drafted by Boston, didn't reach the big leagues until the franchise relocated to Milwaukee. Spahn played in Boston and made the move to Milwaukee, but he never played in Atlanta.

With my hand still in the air, the guy pointed at me. "Hey you, in the Beaneaters cap. You know it, don't you?"

Please. That's an easy question. It's #41, Eddie Mathews (yes, just one T in his last name). His rookie year was the final season the Braves played in Boston. He remained in Milwaukee the entire time the franchise called Wisconsin home. His final season with the Braves was the first year the franchise played in Atlanta. Thanks to possessing too much useless baseball knowledge, I am now the proud owner of a 680 AM t-shirt.

The Braves grabbed an early 1-0 lead in the bottom of the first and added another run in the bottom of the fifth inning. In the top of the sixth, Albert Pujols doubled and knocked in two runs to tie the game. Both teams added another run and forced extra innings. After four hours and 12 innings, with one out, Alex Gonzalez belted a three-run homer off of Mitchell Boggs to give the Braves a 6-3 win. 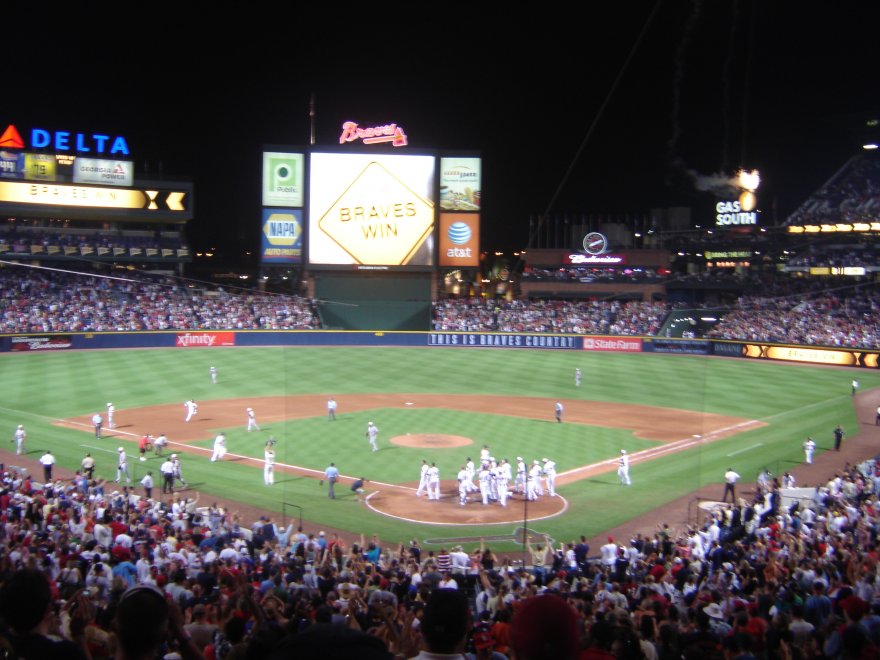