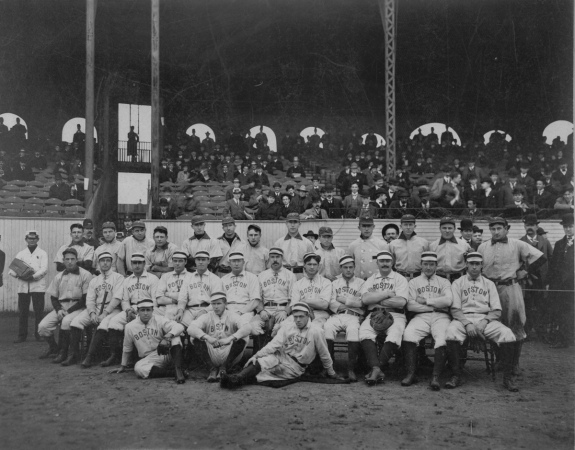 Casual baseball fans know that Cy Young was a legendary pitcher, but perhaps the details of his Hall-of-Fame career are not top of mind. Denton True Young is best known by his nickname "Cyclone," or simply "Cy" for short. Today, Major League Baseball honors the best pitchers in both the National and American leagues in his name. But even students of the game struggle to place the names Deacon Phillippe and Jimmy Sebring into historical context. When the Boston Americans (today known as the Red Sox) and Pittsburgh Pirates (at the time, Pittsburgh was officially spelled Pittsburg) met at Boston's Huntington Avenue Grounds in front of 16,242 fans on Thursday, October 1, 1903, all three men made baseball history.

Originally conceived as a best-of-nine series, the first World Series pitted Jimmy Collins' Junior Circuit pennant-winning Americans (91-47) against Fred Clarke's Senior Circuit pennant-winning Pittsburgh Pirates (91-49). According to the schedule, Pittsburgh would travel to Boston for the first three games before shifting to Pittsburgh's Exposition Park for the next four. The series would conclude with three games back in Boston. 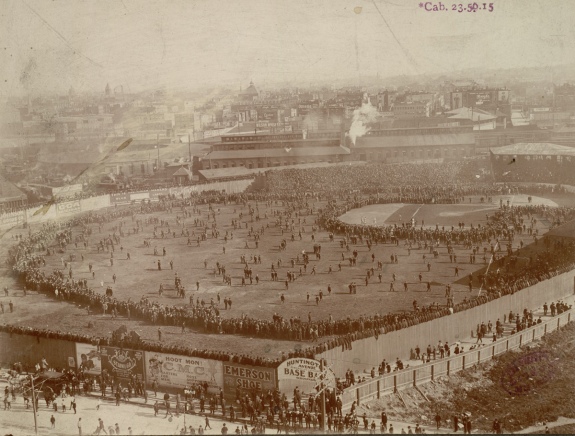 During his 22-year career, Cy Young won 511 games for five major league teams including the Cleveland Spiders (NL), St. Louis Perfectos/Cardinals (NL), Boston Americans/Red Sox (AL), Cleveland Naps (AL) and Boston Rustlers (NL). During the decades that followed, managers implemented a four- or five-man pitching rotation. Team management and medical personnel grasp a better understanding of arm and elbow mechanics. As a result, no pitcher will challenge Young's career mark. But during the 14th season of his career, Young threw the first pitch in World Series to Pittsburgh's Ginger Beaumont.

Young made quick work of the first two hitters. Leadoff hitter Beaumont, the Pirates' center fielder, popped out to his American League counterpart. Fred Clarke, the left fielder and manager, fouled out to the catcher. Then the floodgates opened.

With two outs, third baseman Tommy Leach tripled. Shortstop Honus Wagner singled to left field and recorded the first World Series RBI. Wagner would proceed to steal second base, then advance to third base when Kitty Bransfield, the Pirates' first baseman, reached first on an error by second baseman Hobe Ferris. Bransfield would swipe second allowing Wagner to score giving Pittsburgh a 2-0 lead. Bransfield advanced to third on the catcher's throwing error. Second baseman Claude Ritchey would walk then steal second. Jimmy Sebring, the right fielder, singled to left scoring Bransfield and Ritchey. Pittsburgh placed a four-spot on the scoreboard and the damage was done. Ed Phelps, Pittsburgh's catcher, would reach first safely on a dropped third strike. Young's pitching opponent, Deacon Phillipe, stepped to the plate and struck out ending the top of the first.

In total, the Pirates scored four runs on three hits during the opening frame and would never look back. The Pirates added single runs in the third and fourth innings to extend the lead to 6-0. With one out in the top of the seventh inning, Jimmy Sebring hit a solo inside-the-park home run, the first home run in World Series history. Boston eventually ended the shutout by plating two runs in the bottom of the seventh and adding one more in the bottom of the ninth.

In just under two hours, Charles Louis "Deacon" Phillippe earned the first win in World Series history as the Pittsburgh Pirates beat the Boston Americans, 7-3. He surrendered six hits and fanned 10 batters during his complete-game performance. Cy Young pitched a complete game, but he earned the loss. He allowed seven runs (only three were earned) and scattered 12 hits. Boston's four errors proved costly.

Despite dropping the inaugural game, Boston would win the first World Series title in eight games. The following day, Boston evened the series with a 3-0 win. Pittsburgh won the third and fourth games 4-2 and 5-4 respectively. The Americans trounced the Pirates 11-2 in the fifth game, then won 6-3 in the sixth game. With the series tied 3-3, the Americans won the seventh and eighth games 7-3 and 3-0 respectively.

Today, the site of the former Huntington Avenue Grounds is located on the campus of Boston's Northeastern University. After the Red Sox (originally named the Americans) built Fenway Park, Huntington Avenue Grounds was deemed obsolete and demolished. In 1993, a statue of Cy Young and a plaque were placed on the site to commemorate this significant baseball milestone and locale. 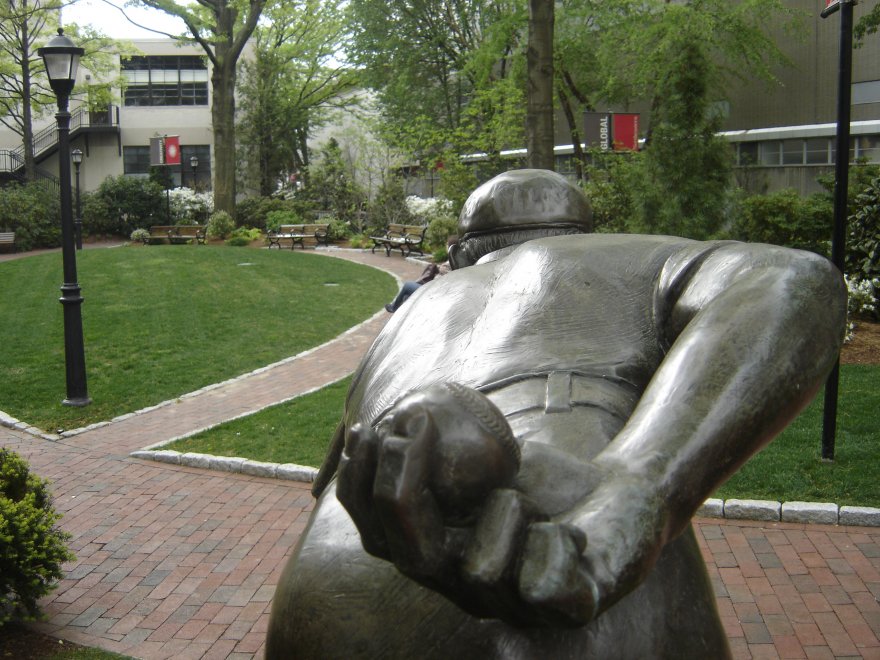