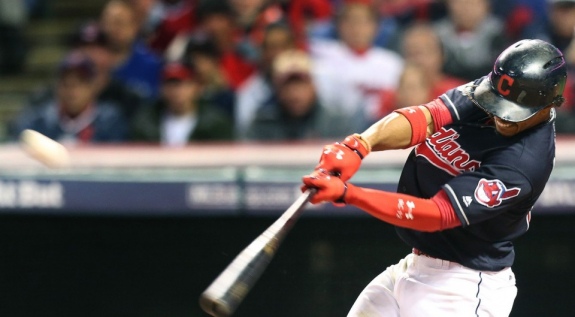 When Francisco Lindor clubbed a two-run homer in the bottom of the sixth inning on Friday night, the Cleveland Indians broke the stalemate and gained a lead the team would not relinquish. Entering this afternoon's action, the Indians hold a one-game lead in the best-of-seven American League Championship Series (ALCS).

Tonight, the Chicago Cubs will host the Los Angeles Dodgers at Wrigley Field to begin the National League Championship Series (NLCS). The Cubs have not played since they eliminated the San Francisco Giants during Game 4 of the National League Division Series (NLDS) on Tuesday night. The Dodgers needed a full five-game series to defeat the Washington Nationals at Nationals Park on Thursday night.

As the 2016 postseason began and 10 teams were vying for a World Series title, only eight potential World Series rematches existed. Now the contenders have been whittled down and only four options remain: 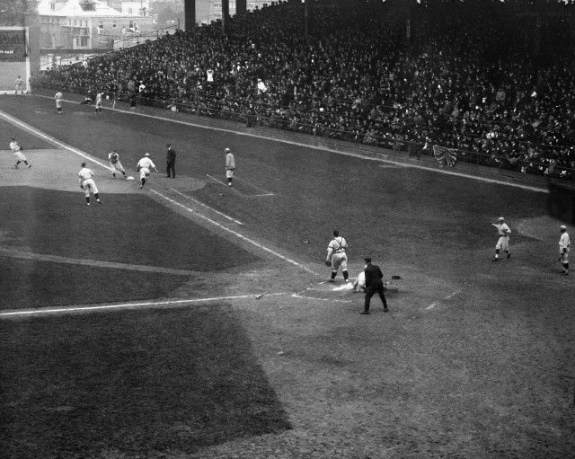 All four remaining contenders have won multiple World Series titles. Regardless of which team ultimately wins this year's Fall Classic, a long title drought will end. For two teams, their droughts span decades. For the other two, the droughts are legendary. Of the four teams, the Blue Jays have the shortest drought having won their most recent World Series title in 1993. Think Joe Carter and his game-winning home run against Mitch Williams. The Dodgers last title came in 1988. Remember when Kirk Gibson hobbled to the plate and belted a home run off of Dennis Eckersley? Then there are the legendary droughts. The two longest World Series title droughts belong to the Indians and Cubs. The last time the Indians won a World Series was in 1948 over the Boston Braves. Think about the Truman administration. And of course, there's the Chicago Cubs. The last time the Cubs played in a World Series was in 1945, but the last time they won a title was in 1908. That was before Wrigley Field was built.

It's time to play ball.