Chicago Cubs Postseason 2016: On the Verge of a National League Pennant 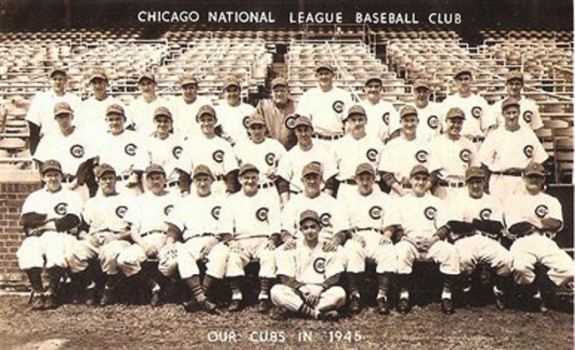 This is not uncharted territory for Chicago Cubs fans. For a 140-year-old franchise, the Cubs have won 16 National League pennants, but not once since 1945. With one more win, the Cubs will secure a trip to Progressive Field to face the Cleveland Indians. Just one more win and a 71-year drought will end. Ever since the Cubs lost Game 7 of the 1945 World Series to the Detroit Tigers, the team has come within one win of returning to the Fall Classic on three occasions.

The summer of 1984 was magical and culminated with the Cubs clinching their first National League Eastern Division title. For the first time since the waning days of World War II, the Cubs were playing baseball during the postseason. After pulverizing the San Diego Padres during Game 1 and squeaking out a Game 2 victory at Wrigley Field, the Cubs held a two-game lead in the best-of-five National League Championship Series (NLCS). The series shifted to the west coast for the final three games at Jack Murphy Stadium. Needing just one win, the Cubs dropped all three.

Almost two decades passed before the Cubs were within striking distance of the World Series. In 2003, the Cubs clinched the National League's Central division title. By beating the Atlanta Braves during the National League Division Series (NLDS), the Cubs won their first postseason series since the 1908 World Series. During the NLCS, the Cubs faced the Florida Marlins. For a franchise that started playing in 1993, the Marlins already claimed a World Series title. After Game 4, the Cubs held a three-games-to-one lead over the Marlins. Once again, the Cubs had three shots at winning the deciding game. Game 5 was played in Miami's Pro Player Stadium. When that game ended with a 4-0 Marlins win, the Cubs returned to Wrigley Field with chances to win the National League pennant. During Game 6, the Cubs had a 3-0 lead and were five outs away from storming the field and popping champagne. The Marlins proceeded to score eight runs during the eighth inning. The Cubs failed to answer. One night later, the Cubs held a 5-3 lead after four innings. The Marlins answered with six runs and won their second National League pennant.

Perhaps the third time is a charm. Tonight, the Cubs will battle the Los Angeles Dodgers during Game 6 of the 2016 NLCS. In a rematch of starting pitchers from Game 2, the Dodgers will send their ace Clayton Kershaw to the mound. During the 2016 postseason, Kershaw is 2-0 with a 3.72 ERA. During his last appearance Sunday night, he pitched seven innings of scoreless baseball and allowed only two hits. The Cubs will answer with Kyle Hendricks who has compiled a 0-1 record during the 2016 postseason with a 3.00 ERA. During Game 2, Hendricks was knocked out of the game after five and a third innings after being hit by a batted ball.

Looking ahead, it is difficult to visualize how the evening will play out. Will the Cubs grab an early lead, drive Kershaw from the game and allow Cubs fans to relish a moment of joy without anxiety? Will the Dodgers pounce on Hendricks and force a seventh and deciding game on Sunday? This year has a different feel. The Cubs were clearly the best team in Major League Baseball during the 2016 campaign. With that said, Wrigley Field will be electric this evening.

Regardless, the Chicago Cubs on the verge of winning the National League pennant.