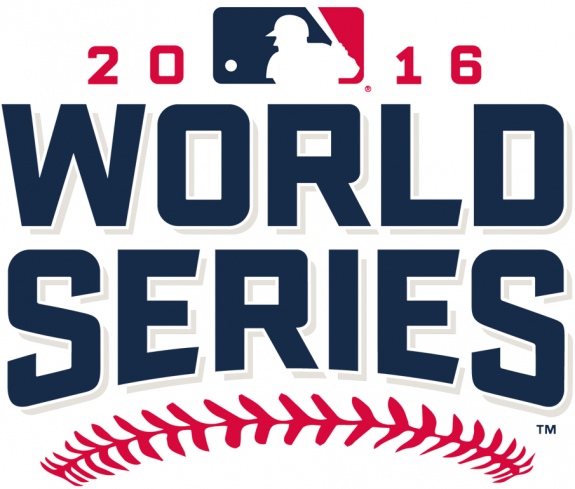 Today, Susan and I are traveling to Wrigley Field to see the most important, most high profile sporting event of my life. We have seats for Game 3 of the 2016 World Series between the Cleveland Indians (regular season: 94-67, .584) and the Chicago Cubs (regular season: 103-58, .640). We get to experience a piece of Chicago baseball history and be in attendance at the first World Series game played at Wrigley Field in 71 years.

Prior to this evening's game, the last time the Friendly Confines hosted a Fall Classic game was on October 10, 1945 (that was 25,952 days ago). The Detroit Tigers beat the Cubs 9-3 in Game 7 to win the World Series. When right fielder Bill Nicholson doubled off of Hal Newhouser in the eighth inning, left fielder Peanuts Lowrey became the last Cubs player to score a run during a World Series game played at Wrigley Field. In the bottom of the ninth inning, shortstop Roy Hughes singled to begin the bottom of the ninth inning and recorded the final Cubs World Series hit at home. The 1945 World Series was the first played after the conclusion of World War II.

After splitting the first two games of the 2016 World Series, the games shift from Cleveland's Progressive Field to Chicago's Wrigley Field. The American League pennant-winning Indians won Game 1, 6-0. The National League pennant-winning Cubs knotted the World Series with 5-1 win in Game 2. Since the Junior Circuit won the All-Star Game in San Diego, the Indians have home-field advantage. The Cubs will host the middle three games. If the Cubs can sweep the three-game set at home, the World Series will not head back to Cleveland and they will pop champagne on friendly turf Sunday evening.

Tonight, the Indians will send Josh Tomlin (regular season: 13-9, 4.40 ERA) to the mound. Tomlin recorded wins during his two 2016 postseason starts. He pitched five innings against the Boston Red Sox in the American League Division Series (ALDS) and 5.2 innings against the Toronto Blue Jays during the American League Championship Series (ALCS). Prior to Game 3, only three Cubs have faced Tomlin during their careers. Miguel Montero has five at-bats (.400 batting average, no home runs or RBIs), David Ross has one at-bat (.000 batting average, no home runs or RBIs), and Ben Zobrist has 19 at-bats (.105 batting average, one home run, one RBI).

The Cubs will counter with Kyle Hendricks (regular season: 16-8, 2.13 ERA). Hendricks made three postseason starts in 2016. He pitched 3.2 innings and logged a no-decision against the San Francisco Giants during the National League Division Series (NLDS). Hendricks was tagged with a loss during Game 2 of the National League Championship Series (NLCS), but earned the win in the pennant-winning Game 6. For Cleveland, only Coco Crisp has faced Hendricks (three at-bats, .000 batting average, no home runs, no RBIs).

Temperatures should remain in the 60s for Game 3, but local meteorologists are calling for strong, gusty winds blowing out toward left field and left-center field. This could provide fuel for a high-scoring game. Pitchers, be warned.

Fun Fact: Tonight's game will be the latest the Cubs have played at Wrigley Field ever. Of course, that record will be broken on Saturday. And since the Cubs lost the World Series opener, that record will once again be broken on Sunday during Game 5. When we attended Game 3 of the 2015 NLCS, at the time, that was the latest the Cubs played at Wrigley Field.