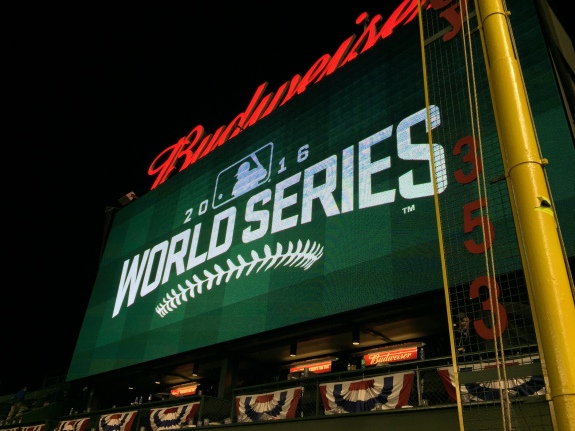 If the Chicago Cubs are going to win the 2016 World Series, they will need to defy the odds. After suffering a 7-2 defeat to the Cleveland Indians in Game 4, the Cubs are facing elimination in Game 5. In order for the Cubs to end their 108-year title drought, they must win tonight and take both games in Cleveland. With a win this evening, the Indians will end 68-year championship drought.

Being down three games to one in a best-of-seven World Series is daunting, but since the inaugural Fall Classic in 1903 (excluding the best-of-nine series), five teams have rallied from that deficit to win. And it has not happened in the last three decades.

But to make this comeback a reality, the Cubs will need to score runs. During Game 1 in Cleveland, the Indians blanked the Cubs, 6-0. In Game 2, the Cubs won 5-1 to even the series. In Game 3 at Wrigley Field, the Cubs had multiple opportunities to score runs, but they never delivered and lost 1-0. While the Cubs scored first in Game 4, the Indians answered immediately and never looked back en route to a 7-2 win.

The rally begins tonight, and Jon Lester has the ball.