Chicago Cubs 2016 Postseason: On the Verge of a World Series Championship 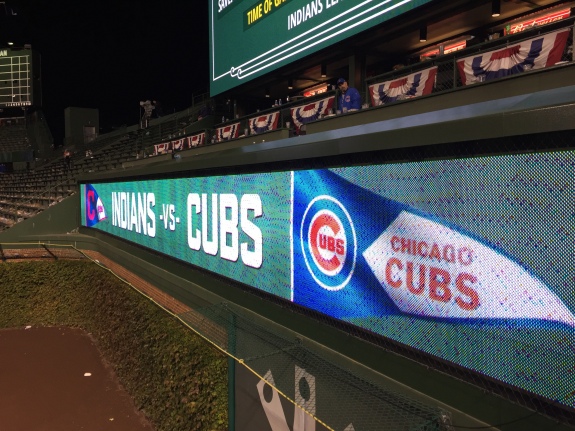 Tonight, the Chicago Cubs will battle the Cleveland Indians for the franchise's first World Series title since 1908. In many respects, the fact that the Cubs will play in Game 7 of the 2016 World Series is unbelievable. Cubs fans have not seen their beloved team play in the World Series since 1945, and not many (if any) can remember when they won their last. But on the other hand, this year's team is the product of a very detailed plan and demolished the National League during the regular season and playoffs. All that stands in their way is the American League pennant winners.

After splitting the first two games at Cleveland's Progressive Field, the Cubs dropped the first two games at Wrigley Field giving the Indians a 3-1 series lead. Only five teams have won a World Series after falling behind three games to one. Most recently, the 1985 Kansas City Royals. The Cubs rallied to win Game 5 and forced the World Series back to Cleveland. Needing to win two games on the road, the Cubs managed to accomplish the first step. On Tuesday night, they jumped on Josh Tomlin with three runs in the first inning. For good measure, Addison Russell belted a grand slam and knocked in six runs tying a World Series record for a single game.

Kyle Hendricks (1-1, 1.31 ERA in the postseason), the Cubs 26-year-old righty, will take the mound for the Cubs. Hendricks pitched deep into Game 6 of the National League Championship Series (NLCS) against the Los Angeles Dodgers en route to winning the National League pennant. His last start came in Game 3 of the World Series at Wrigley Field. Hendricks only lasted 4.1 innings, but he did not allow a run and fanned six Cleveland hitters.

Cleveland will answer with Corey Kluber (4-1, 0.89 ERA in the postseason), a 30-year-old righty and former American League Cy Young Award winner. Two of Kluber's postseason wins came in the World Series. In Game 1, he pitched six innings, struck out seven batters, did not allow a run and earned the win. He also won Game 4 on the road. Despite allowing a run in the first inning, Cleveland's bats responded with a 7-2 win. Kluber pitched another six innings, struck out six, allowed only one run and earned his second win.

While the Cubs bats have returned to life in Games 5 and 6, tonight is not a guarantee. Will Hendricks rise to the occasion and pitch the game of his life? Will Kris Bryant and Anthony Rizzo continue hitting and end Kluber's pitching run? Does Aroldis Chapman have one more multi-inning save left in him? Will Joe Maddon manage his lineup effectively? If the Cubs win, fans will be able to celebrate the end of a 108-year title drought. The ridiculous talk of goat curses will be silenced forever.