The Shot Heard ‘Round the Gym 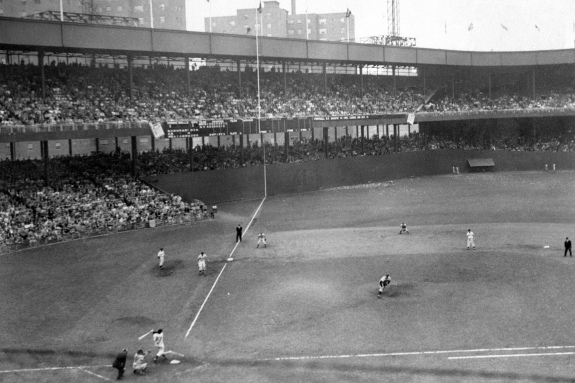 Physical education classes, or gym as I called them, at my high school had a pattern. On Monday, Wednesday and Friday we had "Activity Days" which consisted of traditional sports like basketball, volleyball and Fitness Ball (some bizarre hybrid of basketball, volleyball, hockey and soccer). Tuesday and Thursday were "Training Days" which usually meant getting pulverized in the weight room or gasping for air running around the cinder track.

During my freshman year of high school, our gymnasium received some overdue aesthetic updates. Our team name was the Trojans and the gym was painted two shades of green. The walls were dark green on the bottom and light green above the bleachers. Throughout my freshman year, some of the older art students received credit for painting sports icons on one of the walls. These icons featured a golfer in the middle of his swing, a batter standing at home plate, and so on. Accompanying the icons was some ubiquitous this-school-is-awesome-in-everything-we-do-both-academically-and-athletically cliche.

Fast-forward to early in the spring semester. Our P.E. teacher, Alberta Kinate, informed the class that wiffle ball was on the docket for the next two weeks. Two weeks? How about the rest of my high school tenure? Ever since the calendar flipped to January, my junior varsity baseball team had been holding practices. And due to sub-zero temperatures, all practices were moved inside the gym. We would play catch and take our cuts in the batting cage located on the far side of the gym.

Before my class was divided into two teams, we discussed the ground rules. Men and women had to alternate in the batting order. Bunting was forbidden. If a batted ball hit the ceiling, it was still a live ball. Home runs must be hit above the green line on the wall. Batted balls that landed atop the batting cage nets would be rules ground-rule doubles. So that's when I asked a question.

Now the shape of our playing field wasn't nearly as dramatic as somewhere like New York's Polo Grounds or Boston's Fenway Park, but the wall in left field and center field was deep. Right field was a short porch. I asked Coach Kinate if any batted balls that landed on the cage netting could be considered a home run. She quickly squashed my request. Rules were rules.

I'm right-handed naturally. By no means did I ever consider myself a switch-hitter, but I did have a controlled swing from the left side. Hitting as a lefty, I knew I wouldn't be able to pull an outside pitch for any power. But if a pitch came right over the plate, or just on the inside corner, I'd look like Mickey Mantle.

My first at-bat did not come until the second inning. For a few moments I seriously considered batting as a lefty, but I thought I would stick to my traditional side. Now if Bernard Malamud penned this tale, the first pitch I'd see would be a hanging curve that I would crush down the left field line for a homer. But this was reality. I smoked the first pitch foul down the first base line. Strike one.

I don't recall Glenn Close standing in the bleachers, or Randy Newman's musical score blaring from the gym's stereo speakers, but I tagged the second pitch. It was a big, fat fastball straight over the plate. The moment the ball left the plastic bat, it was on a line headed for left-center field.

What was going through Bobby Thomson's mind back in 1951, I'll never know. But if I had to place a wager, it was something similar to what I was thinking at the moment.

I knew the ball cleared the batting cages, but I assumed it would drop and hit the wall just below the green line. But that didn't happen. The ball kept traveling and slammed against the scoreboard.

As I stepped on first and rounded the bag, I made a quick fist pump and shook my head. Our teacher stood behind the pitcher and served as the umpire for the game. She signaled that I hit a home run, but that was obvious. I threw a glance toward her and she said, "Rules are rules." 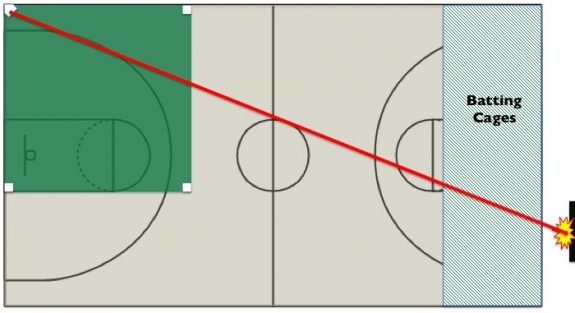