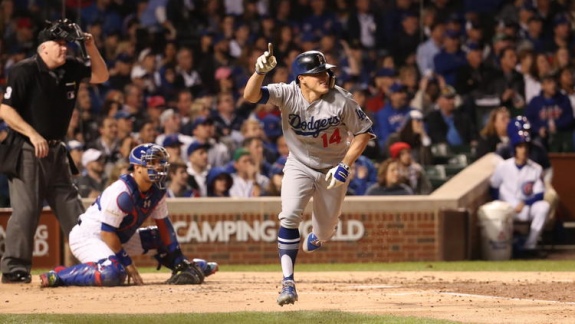 The Los Angeles Dodgers pounced on the Chicago Cubs early and often en route to the franchise's first National League pennant since 1988. On Thursday night, they plated nine runs during the first four innings, and then two more for good measure in the final frame. Now the Dodgers eagerly await the winner of the American League Championship Series (ALCS) to see if they will battle the New York Yankees or Houston Astros in the World Series.

Almost single-handedly, left fielder Enrique Hernandez locked up the pennant for the Dodgers with his three home runs - one a grand slam - and seven runs batted in. Hernandez is the 10th player in postseason history to belt three homers in a single game, and seven RBIs established a new postseason record.

But Clayton Kershaw, the Dodgers ace who pitched six innings of one-run baseball, should not be overlooked. Kershaw, who earned three National League Cy Young Awards (2011, 2013, 2014), is criticized for failing during the postseason, but rose to the occasion allowing three hits and fanning five.

As defending World Series champions, the Cubs failed to ignite their high-powered offense during the National League Championship Series (NLCS) and scored only eight runs in five games. The team compiled a less-than-desirable slash line for the NLCS (.156 / .193 / .299*). Ever run the Cubs scored during the NLCS came via the long ball, and all were solo shots except for the two-run blast by Albert Almora, Jr. 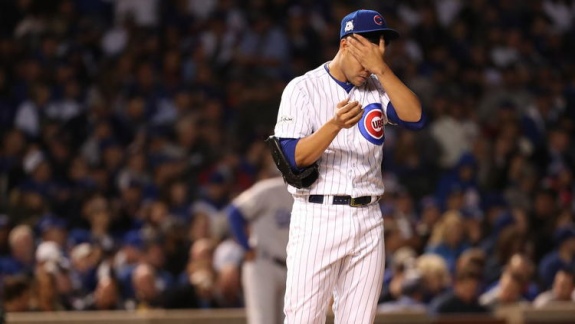 Despite ending the season on a sour note, the Cubs have reached the NLCS three consecutive seasons including a World Series title in 2016. They still maintain an excellent, young core of players who should play competitive baseball for many upcoming seasons.

Here is the status of all current postseason series: