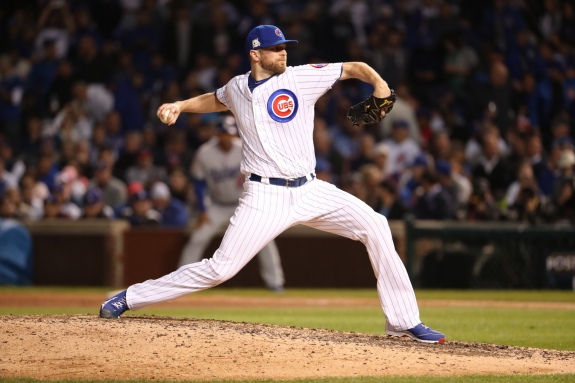 Wade Davis enjoyed an amazing 1-year run with the Chicago Cubs in 2017. After spending his entire 8-year career in the American League (four years with the Tampa Bay Rays and four years with the Kansas City Royals), Davis had significant shoes to fill as the Cubs defended their 2016 World Series title. With the departure of controversial flame-throwing closer Aroldis Chapman, Davis was tasked with squashing opponents late in games. And with one exception, he did.

Cubs management was wise to let Davis seek greener pastures elsewhere during the offseason. The Rockies will pay the 32-year-old reliever $52 million for three years. That is significant cash for a pitcher headed to Coors Field.

While the Cubs fell short of defending their World Series title from 2016, Davis was not the problem. He finished the season by converting 32 of 33 save opportunities, compiling a 2.30 ERA and 1.9 WAR (wins above replacement) during the regular season. And during his 59 appearances, the Cubs were 52-7.

On a personal note, I witnessed Davis at his absolute worst during the regular season. I did not attend as many Cubs games as I would have liked during 2017, but when I did, Davis was atrocious. The only times I saw him toe the rubber were during my final two Cubs games. The first was at Milwaukee's Miller Park on Saturday, September 23. That sweltering afternoon, Davis pitched 1 1/3 innings, surrendered two home runs and allowed three earned runs. That was his only blown save of the regular season. To his credit, he was lights-out during his final appearance of the season against the Cincinnati Reds at Wrigley Field. 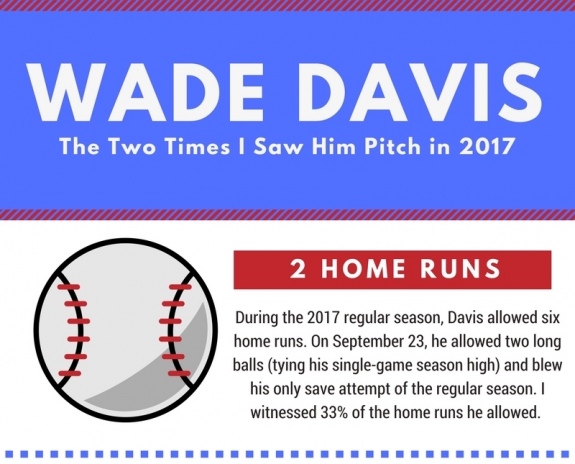 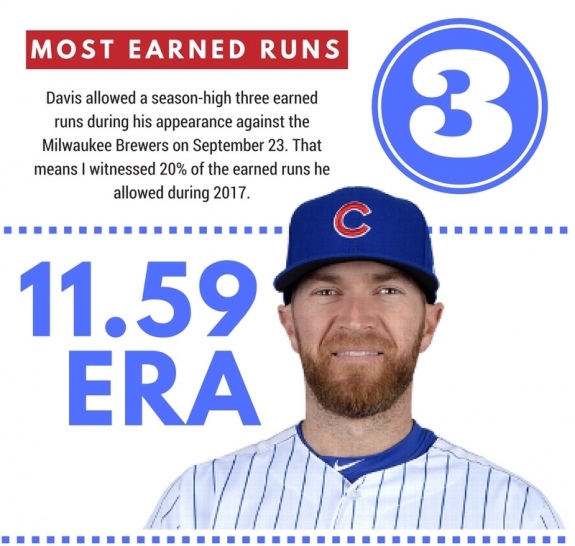