A League of His Own 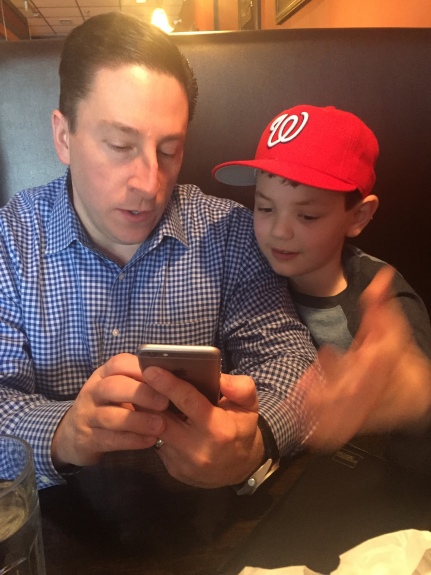 Last weekend, we agreed to watch two of our youngest nephews (a nine- and seven-year-old) while their parents enjoyed a much-deserved vacation in New Orleans. While we enjoy spending time with them, you never know what to expect (like which one ate all of the Oreos).

The seven-year-old, Reid, has taken an interest in the National Football League (NFL). He is fanatical about the Chicago Bears, cannot stop wearing his Mitch Trubisky jersey and asked myriad questions about the 1985 Bears (yes, he was impressed that I was a seventh grader when the Bears won Super Bowl XX). For Christmas, Santa Claus was kind enough to bring him a copy of Madden 2018. With the NFL playoffs in full swing, I was certain he would be locked into football mode during his entire stay at our home. But that wasn't the case.

Sure we watched all four playoff games, but he wanted to see all of my baseball caps. I wasn't aware that he knew anything about Bryce Harper and the Washington Nationals, but he grabbed the red and white cap with the curly "W" and started asking about baseball. He asked which teams are the oldest, if any teams played in different cities and which ballparks they played in.

Inspiration struck. He wanted to create his own baseball league, one named after him. Naturally, he called it the Reid League Baseball (RLB). He managed to create a 24-team league and developed a franchise history for each team.

Please note: We did not research if every city was officially incorporated before the teams were founded.