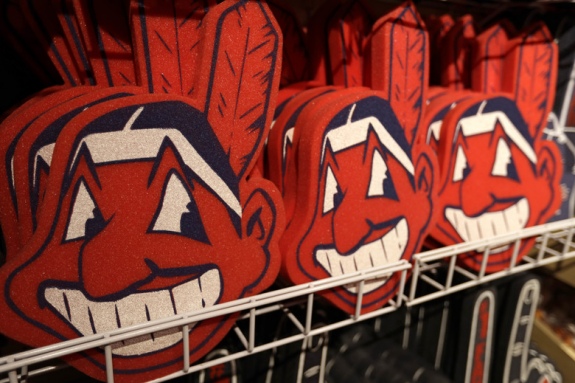 Fans can be slow to embrace change especially when it's wrapped in layers of nostalgia. On Monday, the Cleveland Indians and Major League Baseball announced that Chief Wahoo, a stereotypical caricature of a Native American, will no longer serve as part of the team's on-field branding beginning with the 2019 regular season. It's difficult to comprehend why it took decades to reach this decision; nevertheless, Cleveland's American League franchise is finally making the proper call.

"Major League Baseball is committed to building a culture of diversity and inclusion throughout the game," said Commissioner Rob Manfred. "Over the past year, we encouraged dialogue with the Indians organization about the Club's use of the Chief Wahoo logo. During our constructive conversations, [Indians Chairman and CEO] Paul Dolan made clear that there are fans who have a longstanding attachment to the logo and its place in the history of the team. Nonetheless, the club ultimately agreed with my position that the logo is no longer appropriate for on-field use in Major League Baseball, and I appreciate Mr. Dolan's acknowledgement that removing it from the on-field uniform by the start of the 2019 season is the right course."

Joe Posnanski, an executive columnist for MLB.com and a contributor to MLB Network, shared his thoughts about growing up in Cleveland as an Indians fan. While he mentioned that seeing Chief Wahoo on the enormous sign above Cleveland Municipal Stadium had the power to make children feel the warmth of summer on a cold snowy day, he agrees that this change is long overdue.

On their website, the Indians posted a brief Q&A page addressing concerns about the upcoming franchise shift. The team was careful to state that Chief Wahoo will be removed from the team's on-field uniforms, but the logo will continue to appear on team merchandising due to its connection with many in the Cleveland community.

Since Cleveland will host the 2019 MLB All-Star Game at Progressive Field, the team Q&A also made it clear that this decision was not a concession in order to secure the All-Star Game. According to the team's website, "The two are not connected in any way. Our submission for the All-Star Game occurred years in advance of this topic becoming a heated national focus during our postseason run in 2016. The decision was made for us to host the All-Star Game based on our proposal and ability as an organization and community to create a first-class Midsummer Classic in celebration of Major League Baseball."

In 2014, the Cleveland Indians began transitioning from Chief Wahoo to the Block C as its primary logo. Despite that announcement, Chief Wahoo was featured prominently throughout the team's run to the World Series in 2016 and trip to the American League Division Series (ALDS) in 2017.

Will Cleveland's decision prompt change with other professional sports franchises -- Atlanta Braves, Chicago Blackhawks, and Washington Redskins -- that use Native American imagery? At the moment, that seems unlikely.

"The laughing Indian hasn't been a part of our primary team marks for decades," said Beth Marshall, senior director of public relations for the Atlanta Braves, referring to a logo that first appeared on team uniforms during its time in Milwaukee. "To preserve the trademarks, MLB does keep the logo in the Cooperstown Collection and some licensees sell merchandise with that image, a very small percentage of our overall merchandise."

Chief Wahoo's origin dates back to 1932 when the Cleveland Plain Dealer incorporated a Native American caricature into its coverage of the Cleveland Indians. In 1947, eccentric team owner, Bill Veeck, commissioned a teenager to design the team's new logo. Only slight modifications have been made to the image throughout the decades. But for more than 60 seasons, Chief Wahoo has served as the franchise's primary symbol.