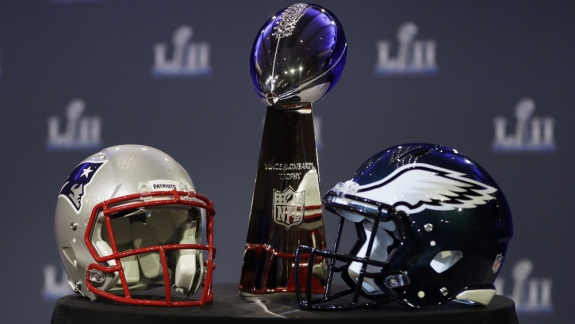 Now the dust has settled and every talking head has taken a full week to reconsider their knee-jerk hyperbole about Super Bowl LII. Was it the greatest Super Bowl ever played? Did the Philadelphia Eagles catch the New England Patriots off-guard and engineer the trickiest fourth-down play of all time? Probably not. But the game was significant for several reasons.

First, the Philadelphia Eagles won 41-33 and are champions for the first time since the waning days of the Eisenhower administration, and fourth time overall (1948, 1949, 1960, 2017). Yes, the National Football League (NFL) awarded championships prior to the Super Bowl era.

Second, Super Bowl LII reinforced that the Patriots are, in fact, vulnerable. The Robert Kraft-Bill Belichick-Tom Brady troika's Achilles heel was exposed. Leading up to the game, most of the media hype was focused on how heavily favored the Patriots were over the Eagles, and with a win, the Patriots would tie the Pittsburgh Steelers for most Super Bowl wins by a franchise with six. With the loss, the Patriots tied the Denver Broncos for the most Super Bowl losses with five. The Green Bay Packers retain the record for most NFL titles with 13.

Finally, the game obliterated the well-worn, old-school sports adage that defense wins championships. With 33 points, the Patriots compiled the most points of any Super Bowl-losing team. The Dallas Cowboys and San Francisco 49ers scored 31 points in losing efforts during Super Bowls XIII (to the Steelers) and XLVII (to the Baltimore Ravens) respectively. The Eagles and Patriots combined to produce the most total yards in a single NFL game - regular season or postseason - with 1,151. That is astonishing since teams traditionally crumble under the pressure of winning a title and become ultra-conservative. Tom Brady, Patriots' quarterback, established a new postseason passing record with 505 yards and still lost the game.

While Super Bowl LII was probably not the greatest NFL championship ever played, it clearly was memorable. It had the feel of Madden 95 for Super Nintendo, or an Arena Football game. Big play after big play exposed each team's porous defenders. There was not a semblance of defense until late in the game. Despite lacking defense, it still proved to be fun, much like Game Five of the 2017 World Series. 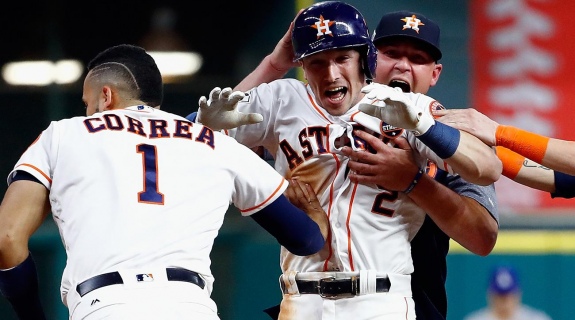 Houston Astros third baseman, Alex Bregman, is mobbed after driving home the game-winning run in the bottom of the 10th inning of Game Five of the 2017 World Series.

Slate's Henry Grabar declared the 2017 World Series the best Fall Classic in the last half-century. Perhaps he forgot about 2016 and the Chicago Cubs ending a 100-plus year drought (Game Seven alone!), or how about 2004 and 2005 when the Boston Red Sox and Chicago White Sox ended droughts not nearly as long as the Cubs'. But Game Five of the 2017 World Series between the Los Angeles Dodgers and Houston Astros did have the same feel as Super Bowl LII.

What looked like a Dodgers rout of the Astros turned into a five-hour, extra innings slugfest. Entering action in the bottom of the fourth inning, the Dodgers held a 4-0 lead with Clayton Kershaw on the mound. By winning, the Dodgers would seize a 3-2 Series lead with a chance to claim the franchise's first World Series title since 1988 at home during Game Six. Then the wheels fell off.

Houston evened the score at 4-4 in the bottom of the fourth inning. Los Angeles answered with three in the top of the fifth, then the Astros scored three of their own. By the end of the fifth, both starting pitchers, Kershaw and Dallas Keuchel were out of the game. Both teams combined for three home runs during the two innings.

Both teams hung zeroes on the scoreboard during the sixth. A Cody Bellinger triple in the seventh scored Enrique Hernandez and gave the Dodgers a one-run lead, but the Astros plated four in the bottom of the frame. The eighth inning saw both teams add single runs. Entering the final inning of regulation, the Astros grasped a tenuous 12-9 lead.

Houston needed three outs in the top of the ninth inning to take a 3-2 World Series lead. What commenced as an outstanding pitching performance transformed into an offensive onslaught. Each time a team grabbed a lead, the other rose to the occasion. With one out, Yasiel Puig belted a two-run homer. Then, with two outs, Chris Taylor singled to center field scoring Austin Barnes to knot the score at 12-12. The Astros failed to score in the bottom of the ninth forcing extras for the second time in the World Series.

After blanking the Dodgers in the top of the 10th inning, the Astros first two batters failed to reach base. Evan Gattis grounded to third, then Marwin Gonzalez struck out swinging. Dodgers closer, Kenley Jansen, hit Brian McCann with a pitch and the Astros brought in Derek Fisher as a pinch-runner. George Springer walked, then Alex Bregman singled to left field scoring Fisher to win the game, 13-12.

Just like Super Bowl LII, Game Five of the 2017 World Series is probably not the greatest postseason game ever, but it certainly was a pleasure to watch well into the night. And it definitely demonstrated that defense is not required to win a championship. At least not that evening.