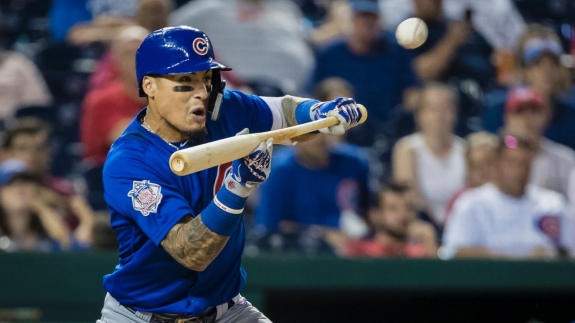 The Chicago Cubs return to Wrigley Field after playing a makeup game against the Washington Nationals on Thursday afternoon. Javier Baez knocked in the game-winning run with a bunt single in the 10th inning.

Cincinnati will send 29-year-old Matt Harvey (7-8, 4.87 ERA) to the mound. During his last start, Harvey pitched six innings, fanned 10 San Diego Padres (59-88, .401) and earned the win. I was in attendance at Wrigley Field for Harvey's start against the Cubs on August 24. He walked away with a no-decision, but allowed only one earned run in 5 1/3 innings.

While I attend many games each season, this year was unusual because of seeing several matchups between the same teams. Today will mark the second time this season seeing the Reds and Cubs play at Wrigley Field. The Cubs and Brewers faced each other twice. Once was in Milwaukee, the other was on Wednesday at Wrigley Field. I've seen the Pirates and Brewers play at Miller Park twice. The Chicago White Sox hosted the Kansas City Royals and Cleveland Indians at Guaranteed Rate Field twice.