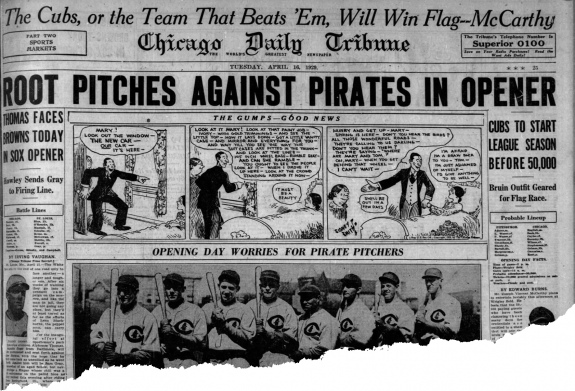 The front page of the Chicago Tribune prepares fans for the pursuit of the National League pennant.

When Kris Bryant fielded a Michael Martinez groundball and hurled it across Progressive Field's infield to Anthony Rizzo, he nailed Cleveland's hard-charging runner and ended the longest championship drought in Major League Baseball history. The Chicago Cubs were World Series champions for the first time in 108 years. "Loveable losers" is a label often applied to the 20th century Chicago Cubs. "Any team can have a bad century," said iconic Chicago broadcaster Jack Brickhouse.

After beating the Detroit Tigers in consecutive World Series (1907, 1908), the Cubs failed to win another title until a rainy November evening in Cleveland. The facts are indisputable, but to claim the Cubs compiled a century of futility is erroneous. The Cubs won National League pennants in 1910 and 1918, but ultimately fell short against their respective American League opponents the Philadelphia Athletics and Boston Red Sox. 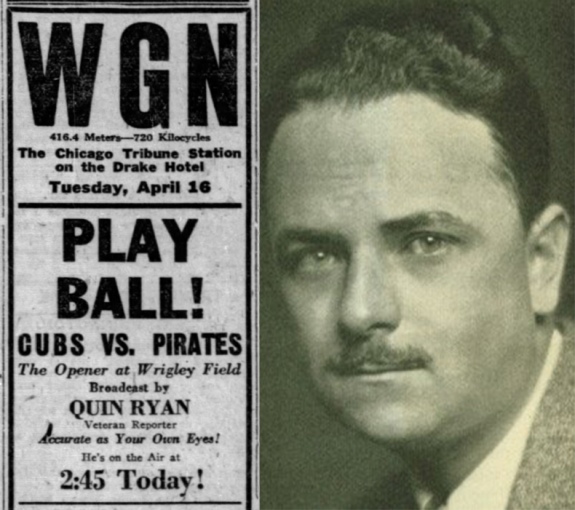 The Wilson, Harding and Coolidge administrations would end before the Cubs claimed another NL flag, but the franchise would represent the Senior Circuit during the World Series every three seasons beginning in 1929 and running through 1938. As World War II drew to a close, they managed one additional pennant in 1945. Again, they fell short against the Tigers. Of course that pales in comparison to the World Series legacies of the New York Yankees (27) and St. Louis Cardinals (11).

With the 2019 season underway, this is an opportunity to reflect upon a significant season in Cubs history. Ninety years ago, Chicago's north-side team won 98 regular season games and compiled its 13th best single-season winning percentage (.645) to date if you include the 19th century Chicago White Stockings. The season would conclude with a National League pennant and the first World Series played at Wrigley Field.

When the 1928 season came to a close, the Cubs finished with a 91-63 record. That was adequate to finish in third place, four games behind the pennant-winning Cardinals. That was a win-the-pennant-or-go-home era long before divisions and wild cards. The Cubs' most significant offseason move was signing the National League's reigning batting champion, Rogers Hornsby, away from the Boston Braves. Hornsby, also known by his nickname "Rajah," spent the most substantial portion of his career with the Cardinals (1915-1926) winning six batting titles in the process. In 1927, he joined the New York Giants for one season (.361 AVG /.448 OBP /.586 SLG), then in 1928, he moved to Boston (.387 AVG /.498 OBP /.632 SLG). 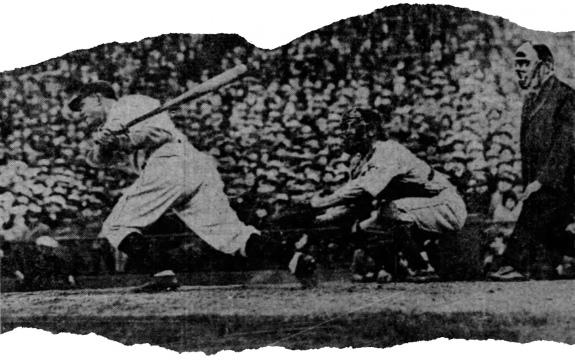 Rogers Hornsby, playing his first game as a member of the Chicago Cubs, is pictured batting in the ninth inning.

"The weather will be kinda footballish," said the Chicago Tribune's Edward Burns. "There was some talk of showers during the afternoon but this was called off with a compromise on cloudiness." With the game scheduled to start at 3 p.m., all box seats and 12 rows in the grandstand were sold out. The team made 22,000 general admission seats available that morning.

The Cubs opened the 1929 campaign in front of 46,000 fans at the Friendly Confines on Tuesday, April 16 against the Pittsburgh Pirates. News reports initially stated 50,000 fans attended the festivities. Manager Joe McCarthy trotted out 13 players on the cloudy and cool opening day. Four of them Kiki Cuyler (RF), Rogers Hornsby (2B), Hack Wilson (CF) and Gabby Hartnett (PH) would all earn enshrinement in Cooperstown. McCarthy himself would earn a Hall of Fame plaque, primarily for his seven World Series titles in The Bronx. Their starting pitcher, Charlie Root, entered the season with 58 career wins. His 17-year career would culminate with 201 wins following the 1941 season. Nearly eight decades later, Root's career-wins total still ranks atop the Cubs' franchise record book. Babe Ruth's alleged "called shot," Root's most memorable moment on the mound, was still three years in the future. 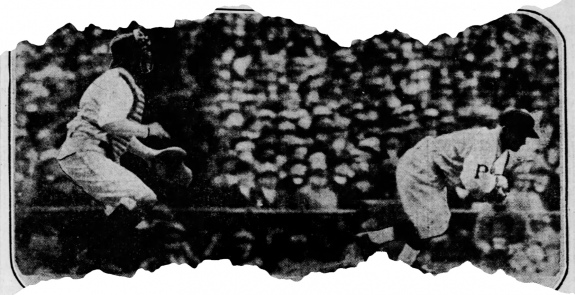 Pirates shortstop Sparky Adams charges toward first base during the first inning.

Once the game started, the Pirates pounced on an erratic Root, took advantage of sloppy defensive play and plated three first-inning runs. Woody English, charged with an error, allowed Pirates shortstop Sparky Adams to successfully reach first base on an errant throw to Charlie Grimm. Lloyd "Little Poison" Waner walked, then Paul "Big Poison" Waner popped out to short. Pie Traynor singled to advance Adams and Waner to third and second respectively. George Grantham hit a ground-rule double to knock in two runs. Root hit Earl Sheely with the pitch to load the bases. Dick Bartell hit a sacrifice fly to center and drove home Traynor. Charlie Hargreaves grounded out to end the top of the first, but the damage was done.

Pirates starting pitcher, Burleigh Grimes, held the Cubs scoreless through seven innings. He received a needed insurance run in the top of the seventh inning when Bartell hit a sacrifice fly that scored Traynor from third giving the Pittsburgh a 4-0 lead.

During the bottom of the eighth, the Cubs started to rally. Left fielder, Riggs Stephenson, singled to right sending Cuyler home for the home team's first run. The Cubs plated two more runs in the bottom of the ninth. Third baseman, Clyde Beck, singled to center and scored English from second base. Hack Wilson belted a sacrifice fly to deep center field to push Beck across the plate, but Stephenson popped out to center ending the game.

Grimes pitched a complete game scattering 10 hits and allowing three runs, of which, only two were earned. He allowed five free passes, three to Hornsby, and punched out one (Harnett in the bottom of the eighth). McCarthy pulled Root after seven innings and allowing four runs. Sheriff Blake and Hal Carlson each contributed one perfect inning.

During the season opener, two men -- Frank Weinberg and Jacob Rosenberg -- were arrested and booked on charges of gambling inside Wrigley Field. Weinberg, a 34-year-old resident of the Park Lane Hotel, 2842 Sheridan Road and Rosenberg, a 26-year-old resident of 4826 North Tripp Avenue, were spotted leaving their seats and moving below the grandstand. Policemen Eugene Piggott and John Peterson witnessed the two men exchanging money with each other. 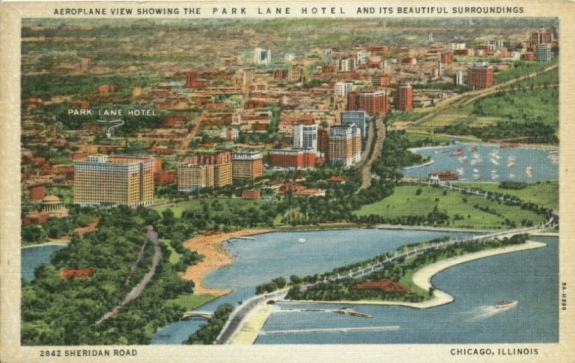