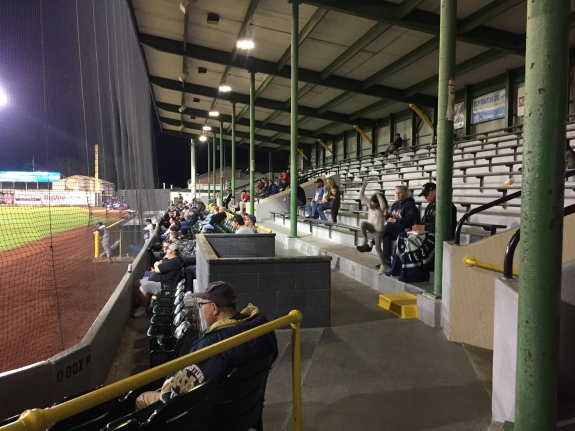 Yesterday, Chicago's SABR (Society for American Baseball Research) chapter traveled to Iowa to catch a Clinton LumberKings game at Ashford University Field. General Manager Ted Tornow and Public Address Announcer Brad Seward treated our chapter to a pregame tour of the ballpark. The ballpark, constructed as a Works Progress Administration project, originally opened in 1937 as Riverview Stadium. Clinton's minor-league franchises have been associated with many MLB franchises throughout the years. The original team, the Clinton Owls, was an affiliate of the Brooklyn Dodgers. In 2019, the LumberKings began its association with the Miami Marlins. While heading west on I-88, I can't say that I expected to cross a team logo off of my seemingly endless Team Game. But, I guess you never know.

Before we stepped out on the field prior to game, I noticed a kid walking by the concession stand draped in a Seattle Mariners blanket. Since we were walking in opposite directions, I could not get a clean photo of the logo. One of my fellow chapter members grew up in Clinton and he pointed out that the LumberKings were a Class-A affiliate of the Mariners until the recent change to the Marlins. Surely I'd find something else in the park. 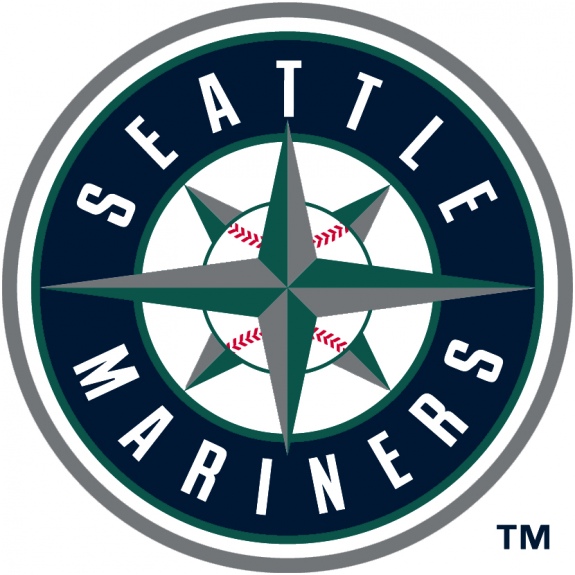 Toward the end of the game, I stopped in the team store to look at some merchandise. Right above the entrance, they had a Mariners Boulevard street sign. Somehow that didn't seem right. They even had an Ichiro Suzuki bobblehead under glass. That didn't seem right either. Again, the spirit of this never-ending pursuit was to discover the MLB logos in the wild with a few minor exceptions. During the eighth inning, I decided to make one final pass through the stands. Sure enough, I spotted the family with blanket in hand.

Now there is only one team remaining: Colorado Rockies.