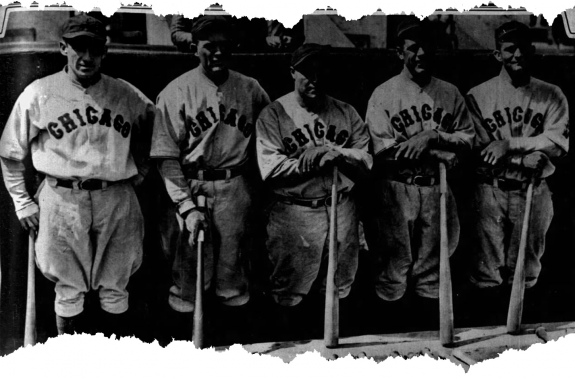 Entering action on Monday, May 13, the Chicago Cubs trailed the St. Louis Cardinals by a mere half game in the National League standings. Had Sunday's game against the New York Giants in the Polo Grounds not ended in a tie, the Cubs could have held the top spot. The Cubs concluded their 19-game road trip with a three-game series against the Boston Braves at Braves Field.

Early offense was the name of the game on Monday afternoon. Johnny Moore's two-run double scored Woody English and Rogers Hornsby and gave the Cubs a 2-0 lead in the top of the first, but the Braves answered in the home half. Les Bell, Earl Clark and Rabbit Maranville jumped on Chicago's starting pitcher Claude Jonnard. Manager Joe McCarthy pulled Jonnard after surrendering four runs and handed the ball to Charlie Root with only two outs in the bottom of the first.

Everything settled until the top of the third. Riggs Stephenson singled and scored English and Cliff Heathcote. Moore followed with an RBI single that scored Hornsby. The Cubs reclaimed the lead, 5-4. Root cruised the rest of the afternoon as he pitched 8 1/3 innings of victorious relief. English provided a touch of insurance with a seven-inning double that scored Norm McMillan and gave the Cubs a 6-4 win and the top spot in the National League.

Boston needed 12 innings to end Chicago's winning ways on Tuesday afternoon. Chicago's Pat Malone lasted 11 1/3 innings before surrendering the game-winning hit in the bottom of the 12th. Stephenson started the scoring in the top of the first when he singled off of Ben Cantwell to score McMillan. The Braves charged back in the third inning. George Sisler doubled off of Malone and drove home Lance Richbourg and Maranville. George Harper followed with a single that sent Sisler home.

In the top of the fourth inning, Chicago reclaimed the lead. McMillan's doubled scored two runs. English followed by grounding into a fielder's choice that scored Mike Gonzalez. Heathcoate then doubled to score McMillan. The Cubs had a 5-3 lead, but the Braves moved ahead in the bottom of the seventh. With runners on first and second, Harper stepped to the plate and doubled. Maranville and Sisler scored to even the score at 5-5. With one out and one on in the bottom of the 12th inning, Al Spohrer doubled to win the game. Bernie James crossed the plate to give Boston the 6-5 victory. 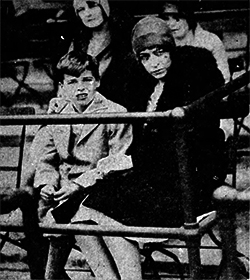 Left: Kathleen Sisler and her son, Dick, enjoy the game at Braves Field.

The Chicago Cubs closed out their road trip with a 7-4 win over the Boston Braves. Disappointed with a 12th inning loss on Tuesday, the Cubs opened the game by scoring two runs off of Boston pitcher Percy Jones. Rogers Hornsby's sacrifice fly scored English. Stephenson grounded into a fielder's choice and Heathcote.

In the third, Kiki Cuyler slugged a two-run homer. McMillan added a sacrifice fly that scored Hornsby and gave the Cubs a commanding 5-0 lead. During the bottom of the third, the Braves answered. Maranville grounded out, but Spohrer scored. One inning later, Spohrer's triple brought home Harper and Les Bell. Dixie Leverett followed with an RBI single that cut the Cubs' lead to one run.

The Cubs would not allow another run, but they plated two insurance runs in the seventh inning. McMillan singled and drove home Hornsby. Charlie Grimm added a single of his own to score Stephenson. The Cubs hung on to win, 7-4.

After enjoying a free day on Thursday, the Cubs returned to Wrigley Field and opened a two-series against the Cincinnati Reds. Chicago sat in second place, only a half game behind the Cardinals. Behind the mound work of Sheriff Blake, the Cubs offense flourished. Blake scattered six hits during his complete-game performance. He allowed three runs, but only one was earned.

During the first six innings, Chicago pushed nine runs across the plate while only allowing one. Hack Wilson belted a grand slam and Grimm added a solo home run. Both men finished the game with four runs batted in. The Cubs won the first game of the series, 9-3.

On Saturday, the Cubs blanked the Reds, 7-0. Root pitched a complete game and scattered six hits while not allowing a run. Cuyler was Chicago's offensive star. He finished the day 4-for-5 with five runs batted in. He had an RBI single in the third, a two-run single in the bottom of the fourth and an RBI single in the sixth. In the process, he also swiped two bags.

With a full game and a half lead over the Cardinals in the National League standings, the Cubs welcomed their Opening Day opponents back to Wrigley Field. Despite grabbing a 1-0 lead in the first inning, the Cubs could not restrain the Pittsburgh Pirates. Hornsby's first-inning single off of Burleigh Grimes scored English. But from there, Pittsburgh dominated.

Pie Traynor doubled in the third to score Lloyd Waner and tie the game. George Grantham singled in the fifth to score Traynor. Pittsburgh gained the lead and never looked back. In the top of the eighth inning, Earl Sheely hit a sacrifice fly that scored Grantham. Rollie Hemsley singled to score Adam Comorosky. The Pirates defeated the Cubs, 4-1. 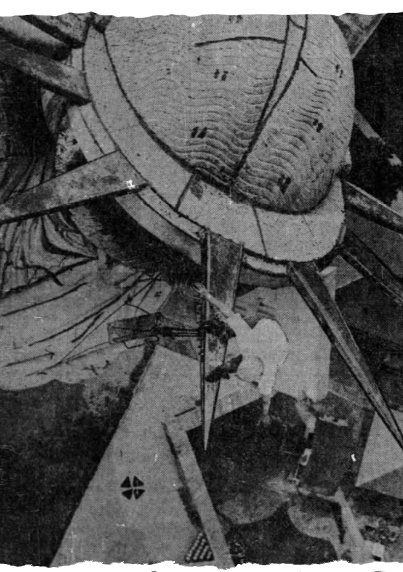 On May 13, a young man fell more than 200 feet to his death after he climbed out of the Statue of Liberty's crown. Identified as 22-year-old Ralph Gleason, witnesses claimed he climbed out of a window in the statue's crown. At one point Gleason appeared to have second thoughts and decided to turn around, but he slipped. He fell, hit the statue's breast and landed on the island. Gleason died instantly but was found with $6 in cash, some change, a prayer book and several church medals. His jacket was recovered inside the visitor's gallery with a note that read: "Dear Aunt Molly, forgive me please, and pray for me."