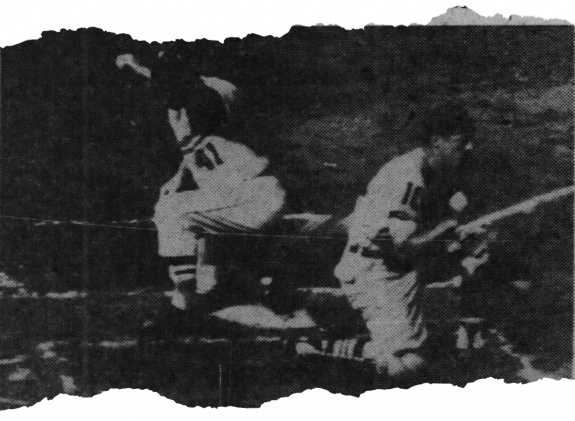 Between May 19 and May 25, the 1959 White Sox finished with a 2-3 record. During the stretch, they could not maintain there place atop the AL, but they remained within one game of the Indians. While all four of the five games were close, the Sox only managed one win against the Orioles and one against the Athletics.

At Baltimore's Memorial Stadium, the Sox dropped the series opener, 2-1, before a crowd shy of 7,000 fans on May 19. Billy Pierce, who was tagged with his third loss, pitched well. He only allowed three hits, but Billy O'Dell's two runs batted in were all the Orioles needed. Luis Aparicio generated the totality of Chicago's offense in the top of the seventh when he singled home Bubba Phillips.

On Wednesday, the Sox managed a series split with a 5-2 win. Dick Donovan pitched a complete game and earned his second win of the campaign. Aparicio set the pace for the offense by finishing the game 4-for-5 and scored twice. Harry Simpson entered the game as a pinch hitter for Phillips in the top of the eighth inning. His single to left field drove home Sherm Lollar and Al Smith. After falling behind 1-0 in the second, the White Sox rallied win, 5-2.

Following an off day on Thursday, the Sox traveled to Kansas City's Municipal Stadium. By the top of the third inning on Friday, Nellie Fox provided all of the offense they needed. Fox's first-inning single off of Bob Grim plated Aparicio, and then his third-inning sacrifice bunt scored Aparicio a second time. Chicago's starter, Bob Shaw, nearly pitched a complete game. He only surrendered one run in the sixth inning when Bob Cerv doubled and scored Ray Boone. In the bottom of the ninth, Shaw managed to load the bases with two outs, but Al Lopez handed the ball to Turk Lown to retire Dick Williams and secure a 2-1 victory. 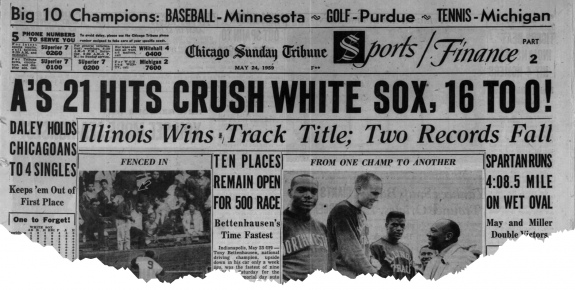 On Saturday, it was all Athletics. Kansas City pummeled the White Sox, 16-0. Manager Al Lopez sent five men to the mound. Only two exited the game unscathed. Early Wynn was tagged with his third loss of the campaign when he allowed four earned runs over the course of four innings. Barry Latman retired one batter, but allowed five to cross the plate. During Gerry Staley's two-thirds of an inning, he failed to allow a run. Rudy Arias lasted two innings, but he surrendered seven runs (only five earned). Ray Moore, the last Chicago pitcher for the game, pitched one scoreless frame. Athletics second baseman set the pace by batting 3-for-4 and driving home four. Williams, Frank House, Joe DeMaestri and pitcher Bud Daley each drove home three.

On Sunday, the White Sox and Athletics concluded their three-game series. Once again, Billy Pierce wound up on the negative side of the action. He failed to survive the second inning after allowing seven runs. Kansas City's Lopez set the pace for a second consecutive game. He was 2-for-4 at the plate with four runs batted in. Cerv, who was 2-for-5, plated three runs of his own. Sherm Lollar was 2-for-5 with three RBI including his sixth home run of the season. Despite a late rally by the South Siders, Kansas City hung on to win, 8-6.

The Chicago White Sox enjoyed a day off on Monday, May 25 before heading back to Comiskey Park and a showdown with the Cleveland Indians.

And in non-baseball news. 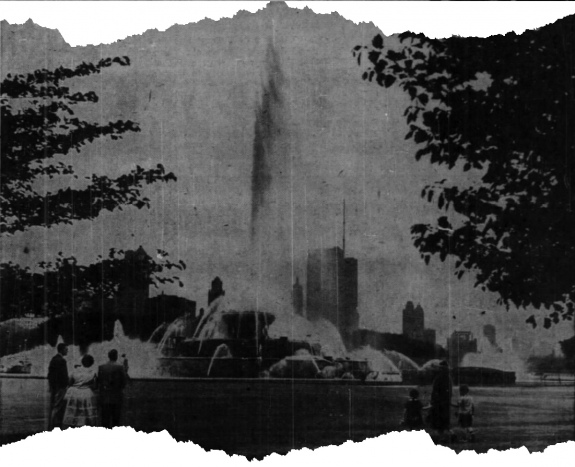