Since the Chicago Cubs beat the Boston Braves, 6-4, on May 13, the Chicago Cubs have remained in the National League's top spot. During the stretch of games from May 20 through May 26, the Cubs would only dip to second place twice. They were only a half game back on both occasions.

After losing to the Pittsburgh Pirates, 4-1, on May 19, the Cubs continued their home stand and returned to their winning ways. During the next six games, the North Siders would compile a 4-2 record and enjoy a mid-week off day. 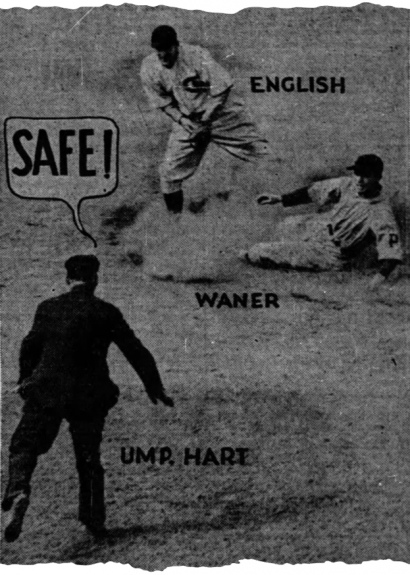 On Monday, May 20, Pittsburgh's Steve Swetonic and Chicago's Guy Bush pitched complete games. The game remained close until the eighth inning. Entering the home half of the eighth inning, the Cubs held a 2-1 lead. With one out, Rogers Hornsby singled to center and scored Norm McMillan. With the bases loaded, Riggs Stephenson tripled and drove home Kiki Cuyler, Hornsby and Hack Wilson. Bush made quick work of the Pirates in the ninth to earn a 6-1 win.

The Pirates and Cubs closed out their three-game series at Wrigley Field on Tuesday, May 21. In order to pull off the 8-6 win, Chicago needed to rally late in the game. Pittsburgh answered Chicago's early 2-0 lead by plating two runs in the top of the second inning. They grabbed what seemed like a commanding in the fifth when they scored four and extended their lead to 6-2.

Chicago rallied in the bottom of the fifth inning. Woody English grounded into a fielder's choice and drove home Trader Horne. Following a Cuyler out to center field, Hornsby clubbed a two-run homer. The Cubs added two more runs in the sixth and one additional tally in the bottom of the eighth.

Following a day off on Wednesday, the Cubs travelled to St. Louis for three games against the Cardinals. Clarence Mitchell, St. Louis' starting pitcher, went the distance despite allowing 11 hits. Cardinals third baseman set the pace by batting 3-for-4 with four runs batted in. Chicago's English was 4-for-5, but he could not drove anyone home during his at-bats. The Cubs managed to tie the score, 2-2, during the top of the fifth inning, but the Cardinals plated four more runs the rest of the way and hung on for a 6-3 win. With the win, St. Louis knocked Chicago for the top of the National League standings.

On Friday, May 24, the Chicago Cubs reclaimed first place in the NL standings by beating the Cardinals, 5-4. Pat Malone earned his sixth win of the 1929 season after he scattered 10 hits and allowed four earned runs, but the Cubs offense could not generate runs until the sixth inning.

During the sixth inning, Hornsby reached first on an error by third baseman Andy High. On the play, Hornsby knocked in English and Cuyler. In the top of the eighth inning, Hornsby, Wilson and Charlie Grimm each doubled and recorded an RBI. St. Louis fought valiantly to end when Jim Bottomley hit a solo home run, but it wasn't enough.

Chicago and St. Louis continued trading first and second place in the National League standings. On Saturday, May 25, the two rivals needed 12 innings to determine a victor. Throughout Sunday's game, the Cubs and Cardinals exchanged leads. In the top of the eighth inning, Chicago appeared to make a move to win. Stephenson, Mike Gonzalez and McMillan contributed to giving the Cubs a late 6-5 lead. St. Louis evened the score in the bottom of the ninth. In the bottom of the 12th inning, Art Nehf was tagged with the loss when Syl Johnson singled and scored Jimmie Wilson.

On Sunday, May 26, the Cubs returned to Wrigley Field and welcomed the last-place Cincinnati Reds. Entering action that afternoon, the Cubs sat in second place, just a half game behind the Cardinals. Both starting pitchers, Red Lucas and Guy Bush, finished what they started. Chicago chiseled away at Cincinnati throughout the game by scoring one in the second, two in the fourth and two more in the seventh inning. Hornsby and Grimm both batted 2-for-4 with two runs batted in. Bush improved his record to 5-0 after scattering eight hits and allowing one run. With the win, the Cubs gained a full one-game lead over the Cardinals in the National League standings. 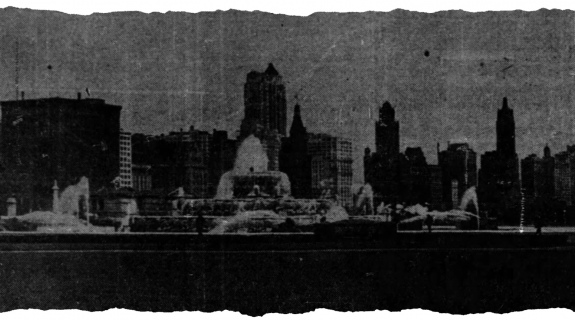 On Monday, May 20, Buckingham Fountain was turned on for the first time during the season. The fountain, which originally opened just two years earlier in 1927, was a gift from local philanthropist Kate Sturges Buckingham in honor of her brother, Clarence F. Buckingham.