To open the series against the Senators, the two teams achieved an odd copycat feat. Both teams scored one run in the first, one run in the fourth and two runs in the seventh. With the score tied 4-4 going into the bottom of the eighth, Manager Cookie Lavagetto's Senators took the lead. While the bases were loaded, Turk Lown hit Harmon Killebrew with a pitch and allowed Pedro Ramos to score. Lown walked Roy Sievers to score Lenny Green. With two outs, Faye Throneberry walked to score Bob Allison. Tex Clevenger made easy work of the Sox in the ninth to give the Senators a 7-4 win.

On Thursday, the South Siders need all nine innings to beat the Senators, 3-1. With the score tied, 1-1 entering the ninth inning, Jim Landis doubled with two outs to knock in Lollar and Bubba Phillips. Billy Pierce was masterful pitching a complete game and allowed one hit. Washington's shortstop, Ron Samford, double for the only blemish on Pierce's performance. 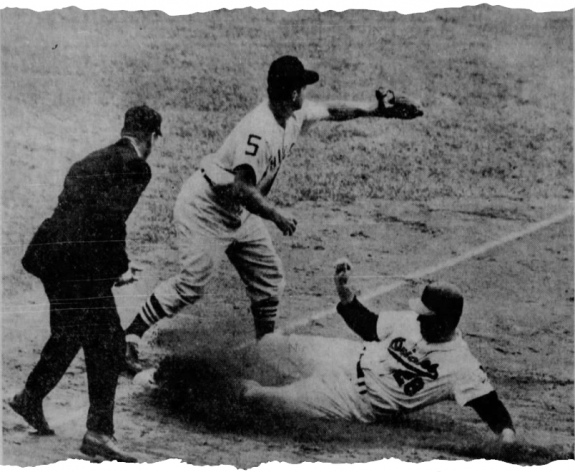 Friday's series opener against the Baltimore Orioles was washed away by rain. The teams would eventually play the game as part of a doubleheader on August 5.

When the series resumed on Saturday, Chicago mounted a late rally, but it wasn't enough. With the Sox down 4-1 after seven innings, the South Siders scored three runs. All three runs came courtesy of Fox's three-run homer off of Billy Loes. But in the home half of the inning, Bob Boyd belted a two-run blast to ultimately give the Orioles a 6-4 win.

On Sunday, the White Sox closed the series against Baltimore by sweeping both halves of a doubleheader. The score was even at 4-4 after five innings. In the sixth, Fox singled home Earl Battey and Wynn to give Chicago a 6-4 lead. Fox, Larry Doby and Phillips each knocked in runs to secure a 9-6 win for the South Siders.