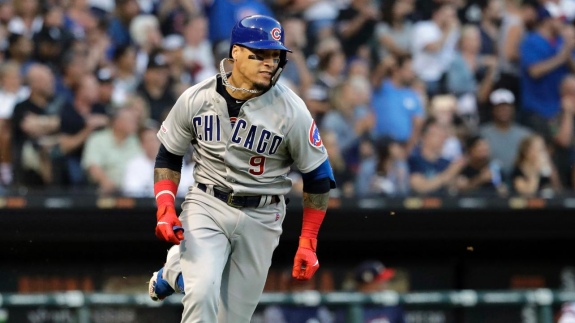 This afternoon, the Chicago Cubs (47-42, .528) and Chicago White Sox (41-44, .482) will close out their four-game crosstown series at Guaranteed Rate Field. The teams split the two-game series at Wrigley Field, and last night, the Cubs won the first of two on the South Side.

Kyle Hendricks (7-6, 3.45 ERA) will make the Cubs' final start prior to the All-Star Game. The 29-year-old righty was activated from the 10-day injured list on July 2. Hendricks was tagged with the loss on July 2 after allowing three earned runs to the Pirates. The Cubs lost that game, 5-1, at PNC Park.

The Chicago White Sox will counter with the 32-year-old righty, Ivan Nova (3-7, 5.92 ERA). Like Hendricks, Nova will also make his last start prior to next week's All-Star Game festivities in Cleveland. Nova has not won a game since the White Sox beat the Houston Astros, 9-4, on May 22.

FUN FACT: The last time I saw the two Chicago teams battle was on June 19 at Wrigley Field. The Cubs won, 7-3. Cubs catcher, Willson Contreras, was the start of the game. He finished the game 2-for-3 with five runs batted in. He clubbed a first-inning grand slam off of Giolito, then for go measure, he added a solo blast in the fourth inning.