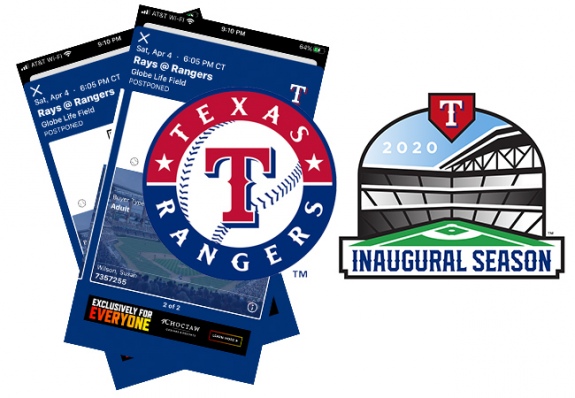 If you know me, or have been following my blog, you understand my passion for baseball. Ten years ago, I concluded my quest to attend a game in every Major League Baseball park. What began at Wrigley Field in the 1970s officially ended in 2010 at Philadelphia's Citizens Bank Park. That's a total of 40 parks through the conclusion of the 2019 season (30 active parks, nine that belong to the ages, and one that eagerly awaits the return of baseball in Montreal). As new parks open, I add them to my list.

With the start of the 2020 season, the Texas Rangers anticipated a move to their new facilities. As the COVID-19 crisis continues to rage, nothing is open. MLB games are no exception. Spring training games were cut short and the regular season has yet to start. Last Saturday, my first game of the season (Chicago Cubs vs. Milwaukee Brewers) was canceled. This evening, I was supposed to be attending a game at my 41st ballpark, Globe Life Field. The Rangers were supposed to host the Tampa Bay Rays.

Last week, I used What if Sports to fill the void. Today, I used a homemade version of this dice game to simulate a game between the Rays and Rangers. I used the starting lineups from the last game each team in the World Series. That means the Rays from Game Two of the 2008 World Series and the Rangers from Game Five of the 2011 World Series. Since the game does not take authentic player statistics into account, the fact that I used those players did not truly matter. What was the result? The Rays won, 6-3. The key play was Rocco Baldelli's three-run blast in the sixth inning. And yes, I scored the game. 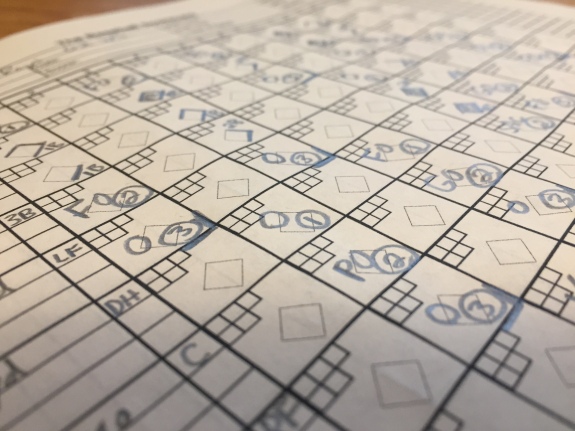 If you're curious, the only Rangers home game I attended was the team's home opener on April 6, 2007 against the Boston Red Sox.