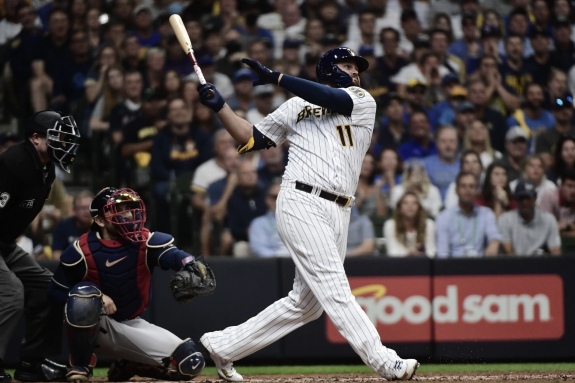 Rowdy Tellez hit a two-run homer off of Charlie Morton during the seventh inning to give the Milwaukee Brewers a 2-0 lead over the Atlanta Braves.

Nearly five years have passed since my last in-person postseason baseball game. That evening, Wrigley Field hosted its first World Series game since 1945. This afternoon, I will be attendance for Game 2 of the National League Division Series between the Atlanta Braves and Milwaukee Brewers. Today's game does not have quite the same historic significance, but this playoff matchup has some unique storylines. 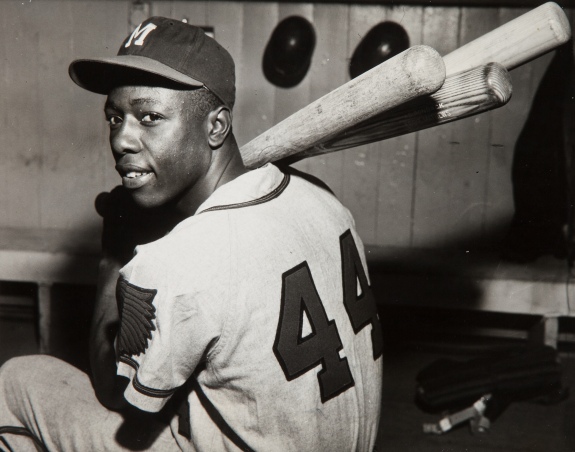 Baseball legend Henry Aaron passed away on January 22, 2021. He was 86 years old. During his illustrious playing career (1954-1976), he clubbed 755 home runs. He belted all of those for two major league teams: the Braves and Brewers. When Aaron joined the Braves in 1954, the team called Milwaukee home. The team would play there until relocating to Atlanta for the 1966 season. Aaron opted to end his career by signing with the American League's Milwaukee Brewers for his final two seasons. I can only imagine how he'd feel about this series.

Yesterday, the Brewers (95-67, .586) defeated the Braves (88-73, .547) during the NLDS opener, 2-1. Milwaukee's first baseman, Rowdy Tellez, hit a two-run homer in the bottom of the seventh inning to give the Brewers the lead. In the top of the eighth, Atlanta sent in Joc Pederson to pinch hit. Pederson homered off of Adrian Houser to score the Braves' lone run. The Brewers grabbed the opener of the best-of-seven series.

Milwaukee will counter with righthander Brandon Woodruff (9-10, 2.56 ERA, 211K). The 28-year-old Woodruff also reached the majors in 2017. During his tenure he compiled a 28-21 career record and a 3.23 ERA (12.2 WAR). Woodruff has appeared in six postseason games, three of which were starts. Of note, during Game 1 of the 2018 NLCS against the Los Angeles Dodgers, Woodruff belted a pinch-hit solo home run off of Clayton Kershaw. He earned the win as the Brewers beat the Dodgers, 6-5.

Fun Fact: During yesterday's game, Joc Pederson became the first member of the Braves to hit a postseason home run in Milwaukee since Del Crandall's 6th-inning solo shot off of Bob Turley during Game Seven of the 1958 World Series.