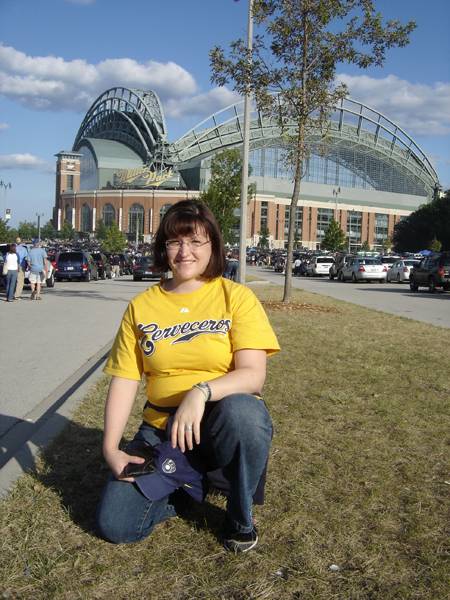 As a precautionary measure, the Cubs/Astros games on Friday and Saturday were postponed due to the potential threat of Hurricane Ike. Ever since news broke about the series postponement, talk circulated around the league that these games might be moved to a neutral city. Both teams are legitimate contenders for both the division title and wild card spot. Milwaukee's Miller Park and St. Louis' Busch Stadium were named as the two most likely locations. The Brewers are currently battling the Phillies in Philadelphia, and the Cardinals are playing the Pirates in Pittsburgh.

When Milwaukee was initially suggested, the Houston Astros' management team suggested that the Cubs would, in essence, gain an additional "home series" due to the city's proximity to Chicago. Cubs fans easily make the 90-minute trek north to Miller Park. The Astros have been making a late push to claim the National League wild card spot from the Brewers, so they demanded these games be played in Houston's Minute Maid Park.

Late on Saturday, Major League Baseball announced that two games will be played between the Cubs and Astros at Miller Park. The first game will be played tonight in Milwaukee. Monday was originally scheduled as an off-day for both teams, so they will play the second game in Milwaukee on Monday afternoon. Since the original series was a three game set, if the third game is needed, it will be played in Houston on Monday, September 29.

Milwaukee's Miller Park has been a gracious "home away from home" over the last two seasons. The Cleveland Indians played their home-opening three-game series against the Los Angeles Angels of Anaheim in 2007. Cleveland's series was relocated due to 10 inches of snow that fell at the formerly named Jacobs Field.

Ironic enough, on the 2nd game of the Indians/Angels game played at Miller Park last year, we got over 6 inches of heavy/wet snow! Thank god for the roof.

At least they're charging the "marquee game" prices for these games rather than the $10 seats we got for the Cleveland series... any way to get your money. lol

Yes, that retractable roof was handy.

Thanks for your hospitality, Carrie!

Can someone explain what they mean by if the 3rd game is needed they'll play it? I'm guessing they mean "if needed" in terms of winning a spot into the postseason. If so, and since the game is played after the end of the regular season, couldn't the Cubs have clinched and the Astros be trying for a spot in the playoffs, which would give the Cubs enormous power to "decide" the fate of the wild card team? (or vice versa if something really crazy happens over the next two weeks)
I feel like I'm missing something with this plan.

Sally, you're correct. The third game would only be played if the National League wild card spot is not clinched by the 28th. The Brewers, Phillies, Astros, Cardinals and Mets could win the wild card. If a Cubs/Astros game would have any bearing on the standings, the game is on. At this point, the Cubs should clinch the division since their Magic Number is 10. The Brewers have a Magic Number of 13 for the wild card. The Phillies are two games behind and the Astros are two and half games behind in the wild card.

Regardless what the Cubs do this year, the World Champions will be the Tampa Bay Devil Rays. Any team from the AL-East is the best team in Baseball. Bill, I will warn you now: 2009 awill be another Yankee-Year.

I understand this is following the trend of our ever-increasingly commercialized reality, but "Minute Maid Park"? Wow. Just wow.

Yes, but this was the ballpark original known as Enron Field. These days it's nickname is "The Juice Box."

Bill Pearch   Sunday, September 14, 2008
Coke wants to on as many of these venues as possible.

Coke is an evil word around here. This is a Pepsi family.

I'm still in disbelief. That was unbelievable. What a moment!

I've been stuck at school all day working. For the last few hours I've been milling around the student union, hoping one of the two TVs here would have the game on. But there were always guys watching football, so I was out of luck. I followed it on game cast but that's not even close to watching it live. I'm so upset I missed it! But how amazing!!! What an accomplishment.

Dude, I am so sorry you missed that game Sally. I couldn't watch it (wasn't on national WGN, only local), but I got to listen to Santo almost go into some sort of major medical breakdown. That last inning was out of control. What a year to be a Cubs fan.

SO...Milwaukee loses twice in one day, has to share the top spot in the wild card with Philadelphia, and Zambrano pitches a no-hitter on their field. Yeesh. That's going to make for some awkward Christmas cards between the teams.

Dang, I can only imagine the hysterics that were coming out of Santo's mouth. It warms my heart to think about it.

I guarantee WGN will replay tonight's game some time soon. They did that with Kerry Wood's 20 strikeout game in 1998. That game was one of the first on CLTV, and a lot of Chicagoland did not have that back then.