I am Not a Fan

This may come as a shock, but I have no intention of watching the World Baseball Classic this March. Don't get me wrong, I am a fan of most things baseball, but this is an ill-conceived idea. What disappoints me is that I said the same thing back in 2006 (not on Humzoo of course, that didn't exist). Go ask the Chicago White Sox about Freddy Garcia's tired arm at the start of the season. He couldn't crack 90 miles per hour on the radar gun.

On paper, the World Baseball Classic seems like a great idea. Players from 16 different countries field all-star teams in a true World Series. Undiscovered players from the most remote corners of the planet can surface and rise through the major league ranks. International talent playing the all-American game.

So why don't I like it? Simply put, the games are played during the middle of Major League Baseball's spring training. Ball players who have not yet returned to mid-season form are expected to participate at full speed in March. One full month prior to Opening Day. Players from every Major League Baseball team are expected to part with their high-priced stars and subject them to potential injury. Carlos Zambrano, arguably the ace of the Chicago Cubs' pitching staff, will be a starting pitcher for Team Venezuela. I wish he would reconsider and withdraw from the competition. What happens if he blows out his arm and the Cubs fail to win their third consecutive National League Central Division title? (Did I really just write that?) He already has a habit of getting dehydrated with the Cubs' medical staff around. What if he isn't around his usual training staff? What would the Texas Rangers think if Frank Catalanotto injuries himself playing for Team Italy. By the way, he was born in Smithtown, New York.

But we will find undiscovered players, right? Nope. If a great player exists on the international scene, he'll already be under contract to a professional team. Perhaps he isn't in the Majors at the moment, but he'll be in the Minor or Independent Leagues. Major League Baseball rosters are filled with the best players from every pocket of the world. In 2008, the Chicago Cubs had two Canadian-born starting pitchers with Ryan Dempster and Rich Harden. Not to mention their right fielder, Kosuke Fukudome, who was the highly sought after Japanese import. Turn back the clock over one decade ago and look at the 1997 Los Angeles Dodgers. The Dodgers had a five-man pitching rotation consisting of four different nationalities, none of which were Americans.

As I mentioned, I will not be watching. But I will have my fingers crossed that none of the 11 Chicago Cubs suffer an injury. I'm sure Susan thinks the same about her Milwaukee Brewers. 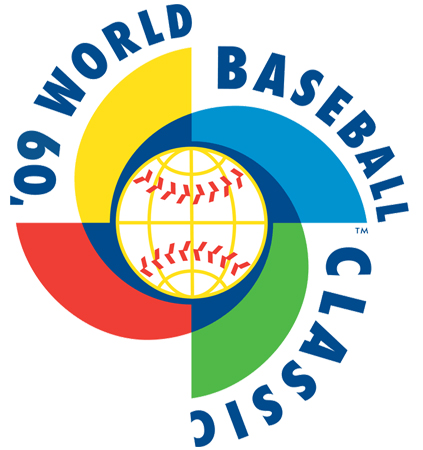 Sport is all about entertainment so they should continue with it in my opinion. If a star player gets injured then it gives someone else a chance to get into the team. Besides, all the players face the same risks.

I'd much rather watch the Cubs win the World Series than Team USA win the WBC.

Perhaps I should elaborate on my last comment. Baseball falls into a funny category. It's too much sport to be a business, and too much business to be a sport. Yes, it's entertainment. The World Baseball Classic is organized by Major League Baseball, yet their primary product is MLB itself. Seems foolish to risk your cash cow for a novelty tournament. But then again, what else should I expect from the Commissioner who decided the All-Star Game would determine the World Series home field advantage? Another novelty event having a direct impact on the ultimate seven-game series.

I'll certainly do my best not to.

just think of the airkilometers that MLB will chalk up.

Good point. Perhaps those miles could be donated to the Pittsburgh Pirates. In turn, they could sign a decent free agent.