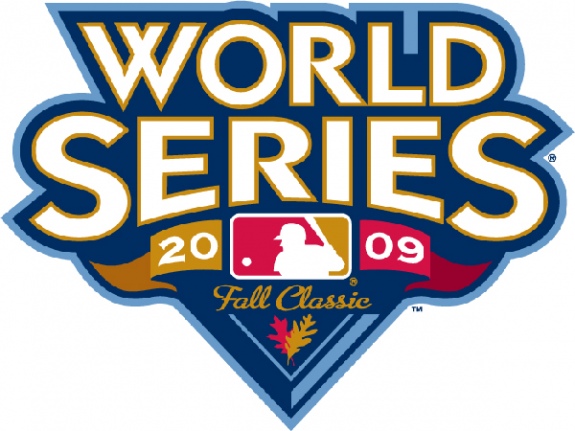 I meant to post this blog before the start of the first Phillies/Rockies game today, but I was swamped at work. Regardless, the outcome of that game didn't change my predictions. Here we go.

The Cardinals look sloppy in Game 1 against the Dodgers.

Bill, you have drinking too much Philadelphia Punch. The World Series Champions are going to be the New York Yankees. I gather that you are a Yankee hater, but the truth will prevail.

I don't think I've ever hidden my distaste for the Yankees. The Yankees might very well win the whole thing. Doesn't make me happy though.

I have to ask--why do you dislike the Yankees so much?

I think the 26 World Series championships is the primary reason. I'll admit it's pure jealousy.

It's funny I just started listening to a book called City of Thieves and the narrator/author (not sure if it is based on a true story or just pretending to be written by the author about his grandfather) was relating how his grandfather could care less about TV or music but he loved to listen to and then inevitably watch the Yankees play.

Been a while since I saw that play. Could be.

Yay! I'm glad to hear LGrant's reading/listening to City of Thieves, I really liked the book. :-)

I'm from Cali and I'm super excited that both the Dodgers and Angels are in the playoffs. I really hope the Angels win, mostly because after losing their pitcher, Nick Adenhartman to a drunk driver so early in his career they've all dedicated the season to his memory. It doesn't hurt that both teams won last night ;-)

I think I got it on your recommendation, Lion. That's how much I trust you. I'm barely into listening to it--around chapter 3, I think. So far it hits me as one I will like. Thanks for the tip!