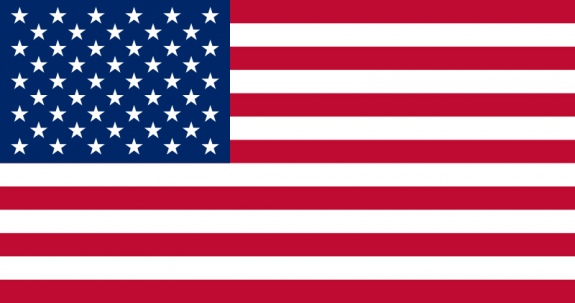 Did you know that today marks the 50th anniversary of the 50-star United States flag?

Whenever a new state becomes a part of the United States, the following Fourth of July, a new design of our flag becomes official. Our nation's current flag became official on July 4, 1960 after Hawaii became the 50th state in the Union. Our current flag is also our nation's longest serving flag. It achieved this honor on July 4, 2007 when it surpassed the 48-star flag which reigned for 47 years (July 4, 1912 - July 3, 1959). We also had a 49-star flag for one year during the Eisenhower administration (July 4, 1959 - July 3, 1960).

It's also interesting to note that the United States Army Institute of Heraldry has plans for flags with up to 56 stars, using a similar staggered star arrangement should additional states enter the Union.