Related Content
James Bond Theme
Ferris Bueller at the Cubs Game
People Have Spoken, and the Winner is... 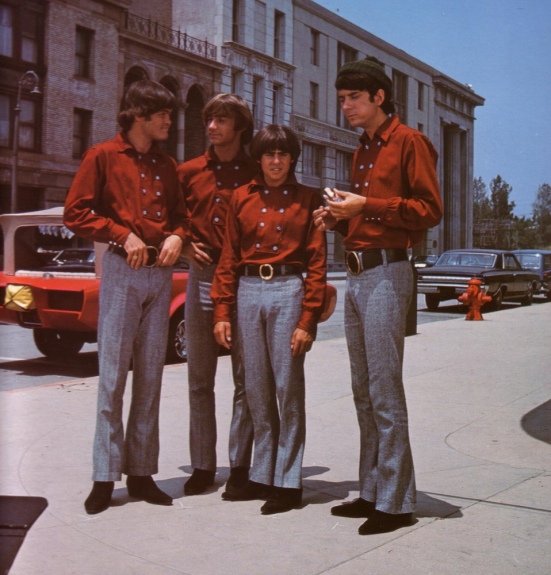 As a kid, I was introduced to the world of music through television. Specifically, through two shows that my Mom watched with me. One was The Beatles' Saturday cartoon, and the other was The Monkees. What an impression those two programs made. As I was stepping out for lunch and then off to a meeting today, I was disappointed to learn that Davy Jones passed away.

It's easy to file The Monkees away as a goofy TV act from the mid-1960s. Sure, their early music consisted of catchy pop songs. However, that music managed to stand the test of time. Some of their late '60s music is just as trippy, psychedelic, and far out there as anything else at the time.

Most people will remember their television program. It's difficult to imagine that the show only lasted two seasons. I remember watching reruns as a little kid. As I grew up, I stopped watching the show. Then, one day I was home sick during the summer. I think it was 1986. I had just enough energy to drag myself out of bed and hit the couch in front of the television. There was a Monkees marathon airing that day. I watched episode after episode, start to finish. I had forgotten just how funny the show was and how catchy the music was, too.

I knew that The Monkees made a feature film in the late '60s, but I never stumbled across it during my days of visiting video stores. A few years ago, I discovered the film Head on Netflix. It was even more quirky and psychedelic than the TV show.

I remember watching what must have been reruns when I was little. "Hey Hey we're The Monkeys. People think we monkey around." My sister and I love it.

Great picture, Bill! I liked their music. It was very catchy.

The only song other the theme song that I remember is: The Last Train To Clarksville.

My sister had one of their records, and I listened to it over and over. I loved "I'm gonna buy me a dog, cuz I need a friend now..." I watched their show too. A couple of years ago On Demand had some episodes--I tried to get Lilly to watch it but she had no interest.