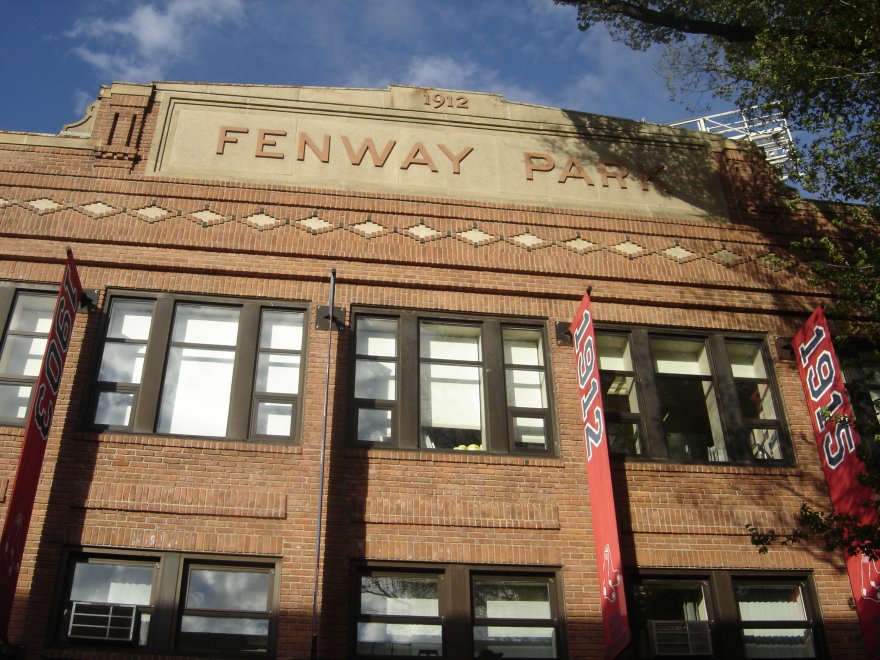 Today, the greatest ballpark in Major League Baseball reaches the century mark. For 100 years, the Red Sox have called Fenway Park home. Just as they did on April 20, 1912, the Boston Red Sox will play the New York Yankees (then called the New York Highlanders). The Red Sox needed 11 innings to defeat New York that day, 7-6.

Today, the Red Sox held a grand celebration before the game. Red Sox legends were honored during the festivities. Even the Yankees, who are notorious for not wearing throwback uniforms, acknowledged the significance of the moment and donned their 1912 uniforms.

I've been fortunate to visit Fenway Park on two occasions. The first on September 2, 2000, and the second on May 3, 2010. My first visit was before the major renovations took place. At the time, I decided to make a visit to Fenway Park because serious discussions centered around demolishing the old park and building a new facility to generate revenue and make the Red Sox competitive again. My second trip was after the Red Sox had won their World Series titles in 2004 and 2007. How times had changed.

Here are the boxscores from those game.

And the curse continued yesterday, even on the 100th Anniversary, as the Yankees won. The Bronx Bombers bombed the Green Monster with regularity.